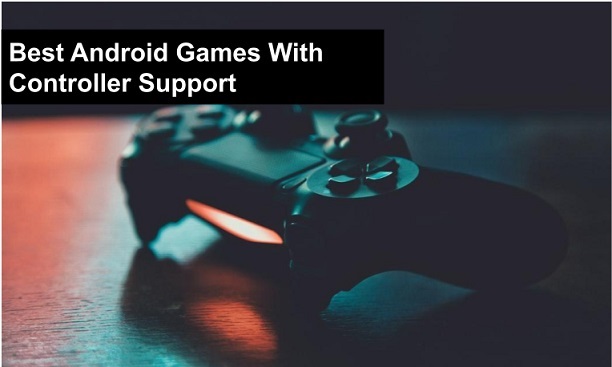 16 Best Android Games With Controller Support That You Should Play

16 Best Android Games With Controller Support That You Should Play

What are the causes and effects of inflation?

Five reasons to try no-code apps for your mobile workforce

Recently, we have witnessed a great boost in the popularity of gamepad support games and the market for such games have tremendously grown in the last few years.

This is not a surprise at all, since the proliferation of gamepads and Bluetooth controllers have made it super easy for us to play our favorite games right on our mobile devices without any issues. We no longer have to shelve some good games because they are impossible to play on our mobile devices.

Are you also a game enthusiast like me? You will agree that with the recent release of the Samsung Galaxy S10, there is obviously no better time to have some amazing game time on Android.

If you have been searching everywhere for the best android games with controller support, this article is created just for you. I have highlighted the top 16 Android games you can play on your mobile devices using gamepads or Bluetooth support.

Ready to play some wicked Android games with controller support and get the fun on the high? Let’s get straight to work … it’s game time!

Initially released in 2015, Evoland 2 is definitely one of the few Android games you won’t want to put down.

Unlike the first Evoland, Evoland 2 does not use any one particular genre or style which helps keep the fun going and the adrenaline pumping high.

The game also has its gameplay and graphics evolving as you progress through the story while featuring more than 20 hours of gameplay. This makes it one of the most amazing and unique experiences on mobile.

If you are a good fan of RPGs and video game culture, you will definitely fall in love with this game. Best of all, Evoland 2 also supports both Android TV and Bluetooth controllers.

Even after years of its initial release, this game remains one of the best first-person shooters available on Android.

When you imagine Call of Duty on your Android device, the Modern Combat 5 Blackout is the closest you can get.

With a proper controller in your hand coupled with the amazing graphics of the game, getting an edge over your competition is no problem. It comes with a unique option to either go solo or take things online with your friends. If you have been a fan of the Call of Duty series and looking for a fun option to play on the go, this is definitely what you have been looking for.

This is a unique racer game you will definitely love to play. Totally worthy of being on my list of Best Android Games With Controller Support.

With its colorful and bright retro graphics and more than 70 tracks across 32 cities, there is lots of fun in this game to keep you glued to your device.

Each race starts from the back of a 20 car park, and you need to race your way past your opponents to win the crown.

You need to upgrade and unlock 16 more available cars, and the only way you can do that is to keep winning your race! Horizon Chase provides support for Bluetooth controls, creating a great platform to enjoy the best of the game.

This is another fast-paced jet ski racing game fashioned like the popular Wave Race 64 or the Jet Moto.

The story mode and the comprehensive progression systems are top-notch and the computer players are challenging enough to make you want to give it your best when you hold the pads.

If you love racing games, you just need to try the Renegade to feel racing adventure in a new dimension full of new challenges and fun.

This is yet another fantastic Android game with gamepad support.

Playing as an intergalactic trucker coming across several unfortunate events on an alien planet, you just need to find a way to craft and fight your way off on the planet.

There is a self-managing inventory and simple combat mechanicals together with more than 500 items to craft your way through.

One great thing about this game, which was also part of the reason it made this list of the best Android games with controller support, is that it also supports game controllers while also allowing cloud saving. That is a great opportunity to play on multiple devices, including even on PC.

Back then in 2004 when San Andreas was released, it was a perfect representation of the city of Los Angeles – you can just call it the fictionalized version of LA and the pinnacle of Rockstar’s interesting series everyone wants to play on PlayStation 2.

Ten years later, the game was made available on Android devices and also became one of the best Android games to play with a Bluetooth controller.

If you don’t like the look or flow of the game on your device, you can always tweak it to your taste. Ready to cause havoc on the streets of San Andreas? It’s time to download GTA: San Andreas; it’s absolutely worth the cost!

Here is also one of the most popular mobile games ever played, and also offers MFi controller support.

It is a simple game that requires you to move the chicken forward across streams, roads, and other obstacles without allowing them to fall in the water or getting run over by cars.

The Crossy Road game is a simple game and a game you will love to play every hour as it features fun graphics and very easy to control. The interesting part is that it also supports Android TV.

Inspired by the Zelda franchise, the Oceanhorn game is an action-RPG that will offer you a real treat, especially if you are the type that loves those style of games.

You only need to make a one-time payment on Google Play Store to enjoy the game without in-app purchases or weird ads when you are enjoying great game time.

The game features a mix of battling and platforming coupled with different puzzles. Why not reach to your favorite Bluetooth controller and have the best time with Oceanhorn!

Another game on my list of Best Android Games With Controller Support is Minecraft.

Minecraft drops you off on randomly generated worlds with lots of stuff to do.

You can mine, build, farm, and you also have a final boss you need to kill.

The recent updates on the game in 2017 has now made it possible for Minecraft lovers to start a world in one game and then play it in another system entirely. Only a very few games have this kind of cross-play support.

Looking for a first-person shooter that fully supports Bluetooth controllers?

The unkilled game is the best catch you can make. It features more than 150 missions in the single-player campaign and you can decide to take things up by playing with your friends online while using the multiple online multiplayer modes.

Keep upgrading your skills and weapon load-outs because you’ve got plenty of zombies to kill. But don’t worry, the Bluetooth controller gives you a unique advantage on both the zombies and your online friends.

The two Oddworld games are both available on Android – Stranger’s Wrath and Munch’s Oddysee have gamepad support.

While Stranger’s Wrath will keep you running around completing an adventurous story and killing bad guys, the Munch’s Oddysee will require you to save Oddworld by taking down the bad guys. You can enjoy both first and third person perspectives with the game and they are both very cheap with no disgusting in-app purchases.

This Android game reminds me so much about the 2001 Jet Li movie, The One.

If you also remember the final scene of the movie, this game is just the play out of that action flick scene.

The game has many enemies for you to fight but luckily, it also adds a magical sword to make the job easier for you. Delightfully, the graphics are retro and things get tougher as you progress through the levels.

That way, the game maintains a unique feeling even after several hours of game time. Best of all, it allows you to connect your Bluetooth gamepad and play with more precise control.

Do you prefer adventure games to any other? You are not alone.

The graphics are mobile friendly and works just fine with the gamepad support.

Gaming is always more fun when you play with your friends, and this game is an action-packed collection of mini-games with several ways to join in the game.

With cartoony and fun graphics, BombSquad allows you to choose from 8 different game modes.

It supports Bluetooth controllers and you can also ask your friends to download the BombSquad Remote app to allow them to use their mobile devices to control their character. You and your friends don’t need to crowd around a smartphone or tablet to play; the game is available for most Androids, including Android TV.

These are all Android games with controller support you will love. But sadly, we may not have been able to mention some that you have played and loved. If there are any ones like that, do let us know in the comments, and let’s together help other people have a blast on their mobile devices.