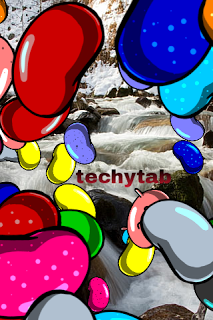 What are these Android hidden games?

Android hidden games on your android device are games that are played with certain objects used as game graphics, the graphic is not as cool as your contemporary GTA V or HALO.

LOL no.
These games are embedded on almost all android versions with no file download needed. There are basically two different games that we are going to talk about.
The first is on your android device, you can access/play it from your device settings.
The second is also on your android device and your can play it from your google chrome App.
moving on;
The hidden android games I’ll show you in this post is only for KitKat, marshmallow, and lollipop. if your android device version is not listed above, you might as well try the steps, there are almost the same for all android versions.
Okay, after all that being said. I’ll quickly show you how to find these games.

If your device runs on KitKat, here’s how to locate the hidden game.
Step 1.

On your device, go to settings and scroll down to about phone, open it and tap on Android version, tap it continuously for 6 times. As indicated in the image below.

if tapping continuously doesn’t work, I’ll suggest tapping on your Android version continuously and very fast till the KitKat interface/logo appears.
Step 2.
When the KitKat logo appears, you’ll have to tap on it for about 6 times again.

Step 3:
Now another interface will pop up, tap and hold for 2 seconds.

And there you have it, you will then see this game below.

Now for some of you that will find this game confusing, the aim of this game is to tap the biggest same color tiles to remove them and empty the screen, I found this game to be the least of all the hidden android games, but you can try it out. who knows, you might love it.

If your device runs on Lollipop, here’s how to locate the game
Step 1:
Go to settings on your android and navigate to about phone, locate Android version and tap on it fast for about 6 times, below is an illustrative image.

Now your game should pop up on your android lollipop device as the one on the image below, i found this game to be quite cool, though extremely difficult. If you can scale through 5 lollipops then you truly deserve an award.
The aim of this game is to successfully control the android object through a series of moving lollipops.

Nope, the marshmallow users are not left out on the hidden game discovery, theirs is like that of the lollipop, but a bit hybrid.
Step 1:
Go to settings on your android marshmallow, navigate to about phone, tap on android version fast for about 6 times.

Step 2:
An interface will pop up with the marshmallow logo, tap on it 6 times and on the 6th time hold for 2 seconds.

A game interface having the likes of the lollipop object game should now pop up, but this time customized in marshmallow way.

The last secret/hidden game i’ll talk about is on chrome browser, This game can only be played when you have no internet connection or your phone is on airplane mode. In this game your task is to successively control the dinosaur over a series of cactus plants. I enjoyed this game the most.
Google actually placed this dinosaur game on chrome browser so that you can play with it whenever your internet connection is not available.
here is how you can play this game.

So there you have it, these are basically the hidden/secret games on your android device that we have discovered, you can also check facebook hidden games for a list of hidden games on facebook messenger.
Feel free to drop comments if we missed anything.
previous Stop Unwanted Text Messages / Spam sms: Do-Not-Disturb
next 3 Facebook Messenger Hidden Games You Never Knew About

Bored of Netflix US? Here’s How to Access Its Other Libraries