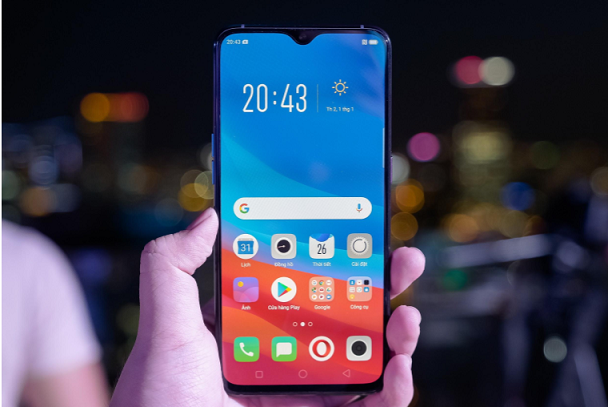 Application developers are pushing daily trying to improve and enhance our experiences with Smartphones and tablets.

In fact, every day there are so many Android applications that it is difficult to keep track of all of them.

It’s hard to know the best of the best, but if you get bored with what you have and want to try something new. We are here to help; we have reviewed our selections for the best Android applications, reducing our robust selection to the best 7.

Some are new and others have been on the list for a while. In any case, we are confident that any of these applications will make your life easier and help you make the most of your Android device. Check out the best new Android apps for this week.

First on the list is Files it quite new but working greatly and proving very useful. It was first released as Files Go, a lightweight file manager for Android Go which is a shortened version of Android intended to run on a Smartphone with less than 1GB of RAM. However, after the immense popularity of Files Go, Google finally launched the application as an independent file manager for Android.

Having used Files app for the last few months, I can surely say that it’s one of the best file managers on Android. Not only it allows you to quickly access local storage, but it also allows you to clear junk files to free up storage, share files offline with Files users, and backup your data on the cloud. If you are not using Files by Google, you are missing out on one of the best Google apps I have ever used.

This is also a great app. Google Drive is a cloud storage solution available on Android where all new users get 15GB for free permanently upon signing up. You can, of course, buy more if needed. What makes Google Drive so special is the suite of Android apps that are attached to it.

They include Google Docs, Google Sheets, Google Slides, Google Photos, Gmail, Google Calendar, and Google Keep. Between the office apps, the Photos app (which allows unlimited photo and video backup), and Keep Notes for note taking, you have apps for practically anything you need to do in terms of productivity. Some of the features of these apps include live collaboration, deep sharing features, and compatibility with Microsoft Office documents.

SwiftKey Keyboard is one of the most powerful and customizable third-party keyboards available.

It hit the market several years ago with a predictive engine unlike anything any other keyboard had and the app has grown a lot of over the years.

It’s a free download and you can purchase themes for it if you want to. Other features include a dedicated number row, SwiftKey Flow which allows for gesture typing, multiple language support, cross-device syncing of your library and much more. It’s about as good as it gets in the keyboard space. It’s true that Microsoft now owns SwiftKey, but so far they have managed not to mess it up.

Like Mozilla, Opera is best known for its hugely customizable desktop browser, which lets you tinker with and tailor virtually every element on the screen, but the organization has also produced some superb mobile browsers.

Our favorite is the lightweight Opera Touch, which has been carefully designed with one-handed use in mind.

The button that appears at the bottom of the Opera Touch interface is an unusual design features, but makes it easy to access common controls (including refresh, close and search) with a single touch. You can also use this share pages to connected PCs, avoiding the need to email URLs to yourself.

Searching using voice commands is just as easy as typing (just tap the microphone icon that appears and begin speaking.

Opera Touch is also a great choice for the security-conscious Android user, with one-tap ad-blocking and a dedicated tool for protecting your phone from crypto miners.

Of course, we give the obligatory nod to the most popular Android browser.

Many people have this pre-installed on their devices and opt to just keep using it. That’s a perfectly reasonable thing to do.

It features syncing with Google Chrome on desktop along with the latest Material Design, unlimited browsing tabs, deeper integration with Android, and plenty of other features for both basic browsing and power users.

There are four total Chrome browsers. In descending order of stability, you have the regular Google Chrome, Chrome Beta, Chrome Dev, and Chrome Canary. Choose at your own risk. Google Chrome almost always has the latest Android features before other browsers as well.

In a world full of messaging applications, WhatsApp is among the most successful, with a huge and dedicated user base.

Add to that an integrated web version that allows users to bring their chats to the desktop. Recently, this application was reinforced by encrypted messages provided by the minds behind Signal. It could be the largest secure messaging service that exists.

Snapchat is probably the most widely used app that allows users to swap their face with friends with a simple filter. Since it’s not just a photo app, using Snapchat will give you access to a ton of other features and even if you don’t want to buy into the platform’s trends, its face filters are actually pretty good.

However, unlike other apps that only offer a face filters, using Snapchat’s face swap filter will require you to do some digging. The filter is part of the several offered on the platform, but I can assure you that it’s the best one out there.

Google Play Store has 2.6 million amazing applications, and it can be difficult to determine which of them are worth downloading. We have been curating our list of the best applications for almost a while now. You cannot go wrong with these selections in 7 selections.