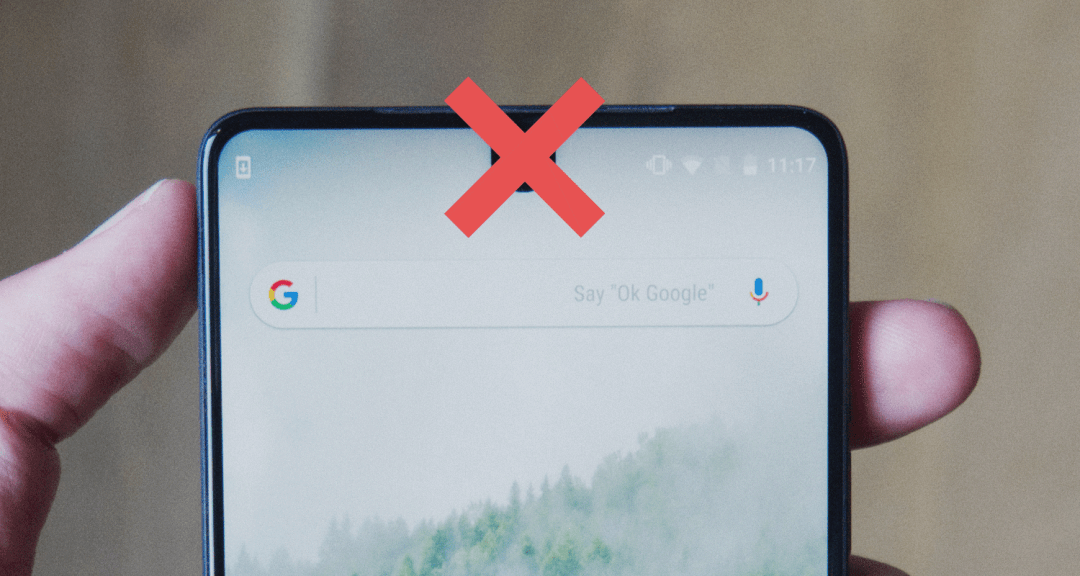 In the recent year, a lot of smartphones companies are adapting to the latest iPhone design (notch)  but the reality is most users dislike the design for some reasons or the other. If you’re one of them of notch haters, the good news is that there are still quite a few flagships out there without a notch but the notch design is taking rapid steps into the market. Cut the story short, here are the best phones without a notch below.

First, on the list of best notch-less Smartphones is the beast itself The Galaxy Note 9. A notch-less display smartphone with a great curved display which was released August 24, 2018. The device comes with 6.4 inches and the curved Super AMOLED panel offers a QHD+ resolution with 18.5:9 aspect ratio.

The Samsung Galaxy Note 9 is one of the most powerful smartphones available, with-one terabyte storage, Snapdragon 845 or Exynos 9810 chipset along with 6 or 8GB of RAM. It also has a great dual-camera setup on the back, an iris scanner, and water and dust resistance. One special feature it has again is the S Pen, really makes the phone special among the rest.

Samsung Galaxy S9 and S9 Plus

The Galaxy S9 and S9 Plus takes the next spot on my list of best notch-less Smartphones with curved displays and sexy body look comes from the same company as the Samsung Galaxy Note 9. They are both powered with the latest and great Snapdragon 845 or Exynos 9810 chipset, an iris scanner, and a fingerprint scanner located below the camera Like the Note 9.

Samsung Galaxy S9 sells at a price of $619 and the Plus version for $749 on Amazon. These smartphones are one of the best phones with without notch display.

With a lot of android companies adapting to the notch feature the Google Pixel 2 XL still found its way out of Google companies to retain the full display feature with a large 6.0-inch display with an 18:9 aspect ratio and a rear-mounted fingerprint scanner making it one of the best notch-less Smartphones. The Google Pixel 2 XL sported with minimalistic metal and glass design and dual front-facing speakers, packing the Snapdragon 835 chipset and 4GB of RAM. They are currently one of the best smartphones out there with good benchmark and handle multi-task you throw at it with ease. It also has protection against water and dust.

Here comes the rapidly growing Chinese company with a lot of notch devices like the Xiaomi Redmi 6 pro, Xiaomi Mi 8 and many more but lucky for Xiaomi Mi Mix 2S it comes out of the company with a 6.0-inch Full HD+ display with a dual-camera setup on the back. When it comes to performance Xiaomi device are really awesome, the Xiaomi Mi Mix 2S base model comes with 6GB of RAM and either 64 or 128GB of onboard storage while the other version comes with 8GB RAM edition with a whopping 256GB of storage.

You can the Xiaomi Mi Mix 2S from GearBest, which is currently selling it for $560.

Here goes another device worthy of being on my list of best notch-less Smartphones.

In a world full of notches and similar tweaks to the full-screen experience, the sony company still stick to the full display smartphones. The Xperia XZ3 is sported with a 6-inch OLED display that’s slightly curved on the sides like the Samsung Galaxy series with Snapdragon 845 chipset, and 4GB of RAM.

The Sony Xperia XZ3 runs Android 9.0 Pie and sticking with a single camera lens on the rear with dual front-facing speakers, and supports wireless charging.

The Sony Xperia XZ3 will go on sale on October 17 for the outrageous price of $899. Sony is throwing in the Xperia Ear Duo wireless headset for free, which retail for $280.

If you’re not a fan of the notch design, these are the selected few for your best options. In conclusion, there are plenty of other  best notch-less Smartphones out there.