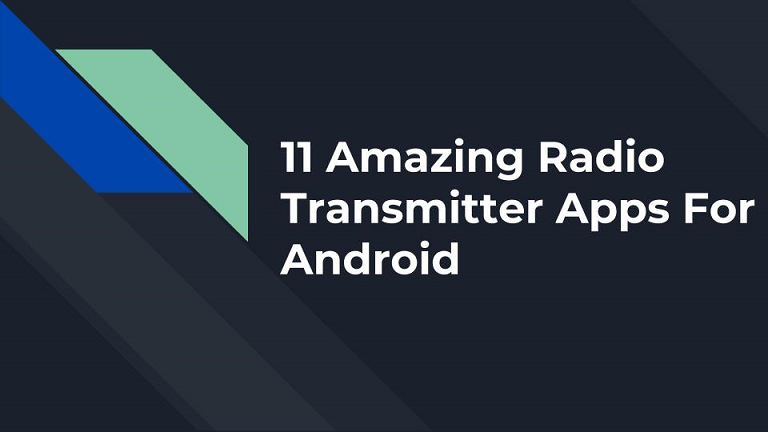 Hello, This article basically is centered on radio transmitter Apps for Android.

As a big fan of your Android device, you might have moments where you would want to sing along to the radio, catch a game commentary or simply listen to something besides your phone playlist as you go about your day.

Whatever that need is, a radio transmitter app keeps you covered, giving you the choicest radio stations and keeping up to date while on the go.

You can also connect your phone to your car stereo while driving to make sure you don’t miss a beat.

Personally, I am not a fan of manual radio sets because of the stress involved in tuning. But that changed when I got to know about radio transmitter Apps for Android.

Here are a few of them I think might be worth your try.

One of my favorite things about writing is that I get to relay real-life experiences such as the fact that I’m currently plugged into my TuneIn Radio while I write this article.

This app provides you with a variety of radio stations across a wide range. It also breaks down the songs playing on different stations into playlists based on the genre so you can find your niche whenever you come online. It has a free version which makes most of its features available to you but upgrading to premium gets you live NFL, MLB, NHL NBA & commercial music for free.

A 7 day free trial of the Premium version is available, risk-free and leaving you with the option to cancel at any time.

Anyways, I think we can always make the free version work since it really gives you a lot.

Did I mention that it spells out the name of the song and artiste playing per time and lets you save your favorite stations for easy access??

This transmitter app works hand in hand with its hardware part that enables it to function through a Bluetooth connection.

One cannot work without the other so you’re expected to get both the software and the hardware. This one is for those who want a reliability factor when traveling long distances.

You can choose to play music through the FM transmitter or the Direct Connect input and finally, you can connect your phone or tab to the USB port in the hardware for charging.

Like the tagline says PLUG IT, PAIR IT, PLAY IT!

With over 10 million downloads and a 4.3 rating on Google play store, this app is what you need to explore the vast world of radio. It is free, easy to use and lets you tune in to over 30,000 local and international radio stations, internet radios and podcasts whenever and wherever.

You can search for what to listen to based on different categories such as genres, topics, city, and country.

Due to popular demand, it is now Google cast enabled which means you can now enjoy it on your stereo, sound boxes, and your TV.

If you like to discover new music like I do, then you’d love the Editor’s pick which points you towards new radio stations you might like and for those who like their own kind of music, recommendations are made to suit your preferences.

Finally, it acts as an alarm hence letting you wake up to your favorite radio station.

Breakfast in bed, anyone?

The beautiful interface was the first thing I noticed about this app, along with the fact that the home page lets you access your recent, favorites and the top songs playing on the radio with simple swipes.

It offers over 40,000 AM, FM, and online radios from across 200+ countries and territories worldwide while letting you choose based on genre and country.

It does not work offline and requires a 3G/4G connection for optimum performance.

This is a free broadcast and internet radio platform which started to act as a music recommender system in 2017.

With its fashionable interface (pretty face), it has stations that range from music to news, sports and live shows and to crown things, it lets you create your very own playlist.

The latest version comes with a download button for podcasts so you can listen to them later. It has apps for both androids and iOS. You, however, need to check to see if it’s available for download in your country if you’re an Android user. If it doesn’t come up in your Google Play store search, then it most likely isn’t available for your country.

It’s free, it’s simple. It’s Simple Radio! Here’s the thing: the best part of this app is its simplicity. Its user interface is clean and gets out of your way, allowing you to tune in without any hassle.

Bringing over 40,000 stations from across the world, it gives you a chance to learn new languages as well as listen to new music. It does not buffer or interruptions, making your radio experience as simple as it gets.

“Orange is the new black” were my first thoughts when I saw this app. This is much more than a radio transmitter as it lets you stream music from your device to audio speakers, Smart TV, Apple TV, Xbox and more.

You can control and stream different contents to different devices at the same time. It also supports most YouTube videos, but not YouTube live.

Another lovely App worthy of being on our list of best radio transmitter Apps for Android is the podcast Radio Music – Castbox. This provides podcasts for different preferences such as comedy, education, religion… you name it.

Basically, it brings all favorite ever podcasts to your doorstep without any trouble. It also lets you listen to famous radio and FM channels and customize your playlist while also making the podcasts available for download. With it’s easy to use interface, you can change themes and set the sleep timer according to your need.

I was a bit skeptical about including this App on our list of best radio transmitter Apps for Android. But then, after looking at what this App is capable of doing? I had to include it.

Going the extra mile is literally what Car Home Ultra does.

Acting as a GPS, alarming you about speed limits and letting you receive messages, it clearly goes beyond the average radio transmitter app. As for its transmitting features, it provides lots of channels and really good audio, making it a very comfortable tool to use.

Radio is for everyone and RadioFM (Radio For Mobile), gives you good internet radio listening with over 30,000 streams.

It has a sleep timer which helps you save battery by going off when you set it to and an alarm which lets you wake up to the sound of your preferred radio station.

With a simple user interface, you can pick from various categories which include through genre, content type, and even country.

And here comes the last but not the least on our list of Best radio transmitter Apps for Android. This app on Google play store has over 2 million reviews and a 4.4-star rating. Pandora Music is literally amazing.

One of the features of this App that I love is that you are given up to 4 offline channels. When talking about the Best FM transmitter Apps for Android, you must Include Pandora music.

The Apps listed in this post are just some of other outstanding Radio transmitter Apps for Android. We are open to suggestions and edits. If you know an amazing FM transmitter App for Android that you’ll like us to include to our list, feel free to share.