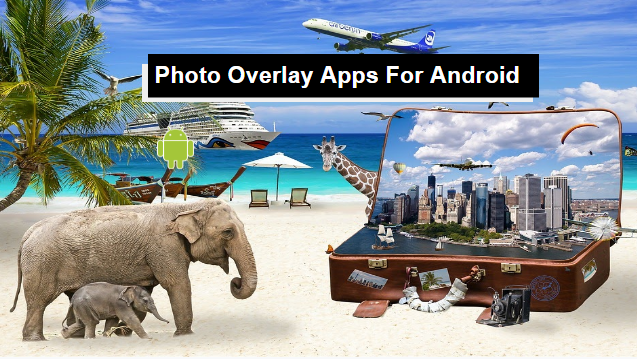 Hey there, searching for the best photo overlay apps for android? Then you came to the right place.

I have a simple list of photo overlay apps that explains how the apps operate, their file download size, and most importantly, how they can serve their purpose.

So let’s go, let me introduce my list of photo overlay apps for android.

The perfect photo overlay, get your stunning photos from your gallery or file manager, and have a blend that will wow you.

Set photos, edit them, blend them, enhance their effect with the enhancer option, set frames if you prefer, crop and save and you’re good to go.

Create a confusing illusion of two or more photos and edit to enhance the effect for a better view .

Basically, you have the same features as the previous photo overlay app, but you can make this one look more crazily elusive. I even get confused looking at the preview image.

There is a video link below, watch and see what creativity awaits you.

You don’t need to be an artist to create amazing layers of stunning photos. Download this app now and get to action

Ever seen a movie billboard image before? the overlay of photos makes you eager to watch it when you have no idea if it will be interesting or not.

That is what this is all about, get photos and put them together, the steps are easy to learn, just follow the app’s instructions and you will be good to go.

Get creative, combine up to 11 or more photos to create amazing photomontages.

With over 10 million downloads, this app has served a lot of people well and it’s about to do the same with you. Make the photo transparent, while adding more photos on top, editing and adjusting the angle to fit in.

You can turn into an artist overnight with overlaying photos with this app.

Ever felt like two photos deserve to be in the same frame? Well, in most cases we use collages, but in this case, you can make use of a simple photo blender.

There are features in this app that will allow you to easily edit and mix without having to read a how-to guide.

I’m going to go straight to the features in this app, the overlay photomontage feature that lets you input photos over the other.

The typography feature, that lets you type on any photo you have edited, like adding text to an image.

Even the use of stickers is allowed in this app, so you can easily get creative and even create your own custom wallpapers and share it on social media.

Other features are, the bur, filter and erase feature.

For the blur, you can blur an image and add a clear one on top, then add some filter to change the color tone of the image.

If you get this app, you get the best of both features, the image overlay, and the video overlay feature, meaning, you mix images and videos as well.

This is pretty amazing, one of the best overlay apps on google play store, why? because, it’s faster, smoother, has better effects, and also shareable.

So, make the best use out of this opportunity and download this app now. This app is totally worthy of being on my list of best photo overlay apps for android.

Multilayers give you that multiple image illusion looks, like every overlay app, where you see two or more images overlaying on the other.

I don’t know how you feel about this app, but it works just like every other app, with slightly different features.

You can never get tired of editing with an app like this. With over 5 hundred thousand downloads and just 8mb in the download size, this app is ready for your creativity.

Go crazy with Blend Me Photo Editor. It gives you unlimited access to a lot of premium shapes, fonts, text and images.

This Blend Me Photo Editor app is used in editing & remixing Photos with the Blender feature. Additionally, this app use- interface makes it easy to share your image while you’re still editing.

Blend Me Photo Editor is truly an app to mix two or more images with a hard blend effect and good shape overlay effect. You can also mix and blend multiple images at the same time, and make it unique with a sticker as your signature.

Get a clear view of what I’m talking about and download this app now.

Galaxy overlay, makes your image look like you shot it in outer space. There is a new feature added to this particular app, it’s called the glitter effect. Nice right?

Using the glitter, you can add stars, a sun ray from an angle and other galaxy properties that gives it that outer space look.

Have you watched the Avenger Engame? If no, after this post make sure you do so, because the effect used in this app is just like that of the movie.

Import an image from your gallery, then add other landscape or background images that you prefer to make the first image stand out, then proceed to use the shatter effect and be amazed by what you’re going see.

In all the photo overlay apps for android that I have on my list, this is the only 3D overlay app that stands out as the most effective.

It all depends on your creativity, you have the app at your disposal, so, you edit it to your taste. Features embedded in this app are, the shatter > blend > 3d maker > filter effects.

Become a professional photo editor in just a day, you don’t need a guide to make this app work.

There is a start up instruction that will guide you, don’t make the mistake to skip it, you might have a hard time coming back to get it right again.

It doesn’t get better than this. With the exclusive editing features, you can create different images with the same nature oriented photos to look like one single image.

You can download wallpapers as well if you lack natural photos to use from your phone’s gallery.

This app got some extra amazing features that other photo overlay apps for android might not have, like the rainbow camera effect and the light effect.

It’s quite easy to utilize, Glitter Camera is available with different shades, shapes, and colors. A powerful photograph editorial cameras that sets your image in the right size, with the auto adjust mode.

There you have it, my list of photo overlay apps for android, make your choice and I can assure you that you won’t regret it.

I know some apps may sound similar to the other, but no developer copies other apps to create, although the possibility of doing that is there, you can’t get two apps with the exact same features.

So, with that been said, you can be sure to get different features from each app on n my list above.

Thank you for viewing this post on best photo overlay apps for android, if you find anything confusing, drop a comment in the comment section and I will respond as soon as I can. bye!