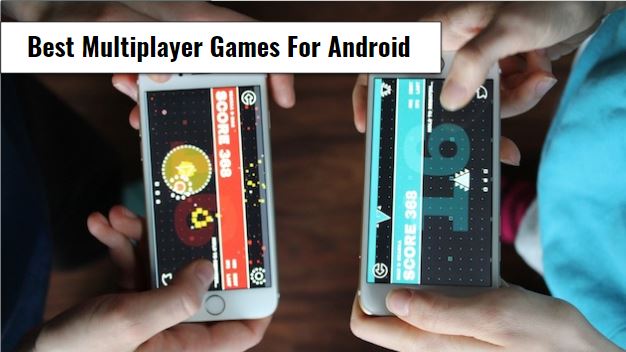 Hey there, ready to play some cool Multiplayer Games For Android and experience the thrill of playing with friends and competing with strangers all over the world?

Multiplayer Games For Android are fun and action-packed games with real-time fun features.

Most of the multiplayer games that are on my list are games that need a stable consistent internet connection.

This is without a doubt the best and my personal favorite, One of the most action-filled, adventure-packed multiplayer games with amazing graphics, cool gameplay, and smooth controls. Amazing guns that are available in this game to be bought and use as a weapon of destruction is off the chart.

This game should be played, preferably with a headset or earpiece to totally enjoy the sound production and literally feel the game come alive through you.

This game is just 100mb in the installation size, click the download link below and start with this thrilling multiplayer game.

I humbly present to you one of the most stunning racing games on google play store today, a unique Multiplayer game for Android. Real racing is by far the most entertaining multiplayer game that I have ever played, with an enormous list of challenges, tracks to play on, and amazing cars to buy and drive.

You can play offline, but the fun doesn’t stop there, get on the multiplayer wagon and invite your friends to join you to rid your city of all the disgusting zombies that won’t just die. Play and experience real intense multilayer action, unlock heavy firepower, and share with friends to join you and update their weapons for the war against the zombies.

Get yourself, in your free time engaged in this fantastic intense shooting multiplayer battle, fight with friends by your side, gear up with your brother, get unto the battlefield, and defend your territories.

Call your friends to join you in the fight for freedom, of all the Best Multiplayer Games For Android on my list, this particular game is one of the most popular with over 10 million downloads.

The graphics, like every other cool multiplayer Game For Android on is exceptionally amazing.

This game is just 50mb in the installation size but will require an additional file to be downloaded to enable you to play and also a stable internet connection to enjoy the thrill this game has to offer.

Check out the new 10 Best American Football Games For Android

MTB Downhill is an amazing bike racing multiplayer game with high-quality graphics and fantastic gameplay. Trust me you will totally enjoy this game, whether you are a fan of bike racing games or not.

Compete against friends and enemies as well, race against people you don’t even know all around the world, and come out as the exceptional outstandingly amazing champ! Upgrade your bike, get up on the mountain and also race against in the multiplayer mode.

Ensure to have a stable internet connection to keep the fun experience in this game going.

Overkill really brings out the best in action multiplayer games for Android with a non-stop shooting battle and tons of missions to embark on. Step into the world of Overkill, kill your enemies with heavy machine guns, and fast rate assault rifles.

You are part of a resistance that is waging war against the forces of evil, take control, and lead them to never-ending victory.

Do you have the aggression and killer instinct needed for this mission, lives depend on it, so get on it?

Speed is the key to evading the hot pursuit from the police. In this game, you are not just being pursued by the police, but you are also the pursuer, get in your car and hunt down your targets. Pursue and catch the evaders, wreck their cars if you get close enough to their cars.

Now, as the racer under heavy pursuit from the police, you need to be extra careful to dodge roadblocks and obstacles that the police will put on your ways like spikes and roadblock signs to try and slow you down so that they can get closer to you and bust you. I know you got what it takes, don’t get busted so easily.

Are you a WWE fan? well, then this amazing multiplayer game is just perfect for gamers that love a little wrestling action. Engage in non-stop battle against other wrestlers, collect powerful cards representing wrestlers. Level up and fight! Collect a ton of superstars from the array of hard-hitting wrestlers and fortify your card deck.

This game is one of the most downloaded wrestling game worldwide with over 16 million downloads so far and still counting, so, in other words, you’re in the right place.

The controls are the same with subway surf if you have ever played it before. Swipe up to jump over obstacles and swipe down to the dock and avoid the obstacles from hitting you.

I’ll start by saying, kudos to the developers of this game, they really did a number on this one. The graphics are nothing but outstanding, the gameplay is impeccable and the controls are simple and easy to manipulate.

You are really going to enjoy this game with or without your friends, that is why there is a single mode and the multiplayer mode.

Some of the levels can become really annoying and might seem unpassable, try to scale through all of them and come out on top.

Multiplayer games can be categorized as action games, adventure games, sometimes puzzle games, and so on, so you can be sure to be in for a real journey into the world of high-quality dope graphics games.

All you have to do is click the download link below any game that you like or prefer, download immediately, and join in the multiplayer fun. Thank you for coming to check out this article.