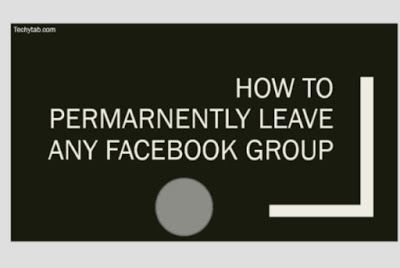 Bloggers and spammers add facebook user to groups every day without their consent, some because they want traffic and I think some add you to groups just to piss you off? But Hey! I won’t be just if I blame it only on the people that add you to groups. Facebook users also add themselves to annoying facebook groups, sometimes accidentally because of catchy group names.
Not to worry, I’ll show you how to leave a group on facebook, all you have to do is follow my easy steps.
Leaving a group on facebook kinda has two options, you can choose to leave a group on facebook temporarily, which means you can be added again by the group admin, the second option takes you totally off the group, and admins won’t be able to add you again.
If you have many facebook groups that you want to leave? I think you should make a list of all facebook groups in ascending and descending other? LOL, just kidding.

Okay let’s move to the main idea of the post

Easy steps: how to leave facebook group on Android.

And there you have it, that’s basically the way to

You can share this information with your friends that are also want to leave facebook group. The listed steps above are applicable to Android, IOS and Windows devices. You can comment if you have any issues.

previous How To Check Backed up Contacts on Google: Easy Steps
next How To Extra Secure Facebook Account