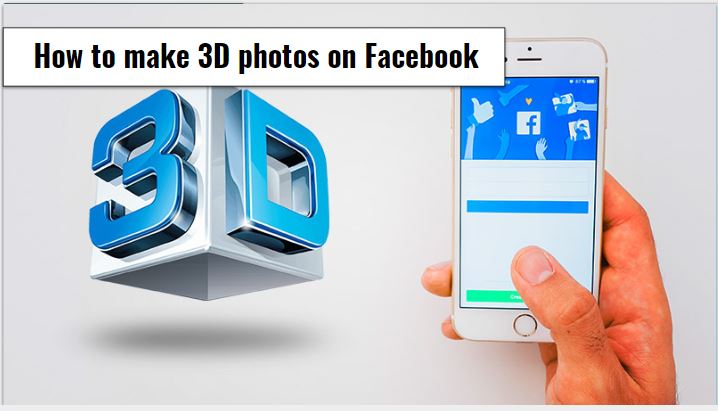 It’s hot, it’s new, it’s blazing! Basically, everyone wants to know How to make a 3D photo on Facebook.

3D photos are amazing high-quality pictures that really brings out the depth and 3D perspective of an image.

3D photos is a new way to share special memories and moments in time with a fun, lifelike dimension in both News Feed and VR. This technology literally captures the distance between the subject in the foreground and the background. 3D photos bring scenes to life with depth and movement. It’s a good thing you are here. You might just be one of the first persons to learn how to create 3D photos on Facebook.

Whether it’s a shot of your amazing looking workspace, hangout shot with your friends, or a beautiful spot from your latest vacation, the 3D photo feature on Facebook will make it look amazingly outstanding. Basically, you are required to take a photo with your smartphone in Portrait mode which should have a dual lens, then share taken shot as a 3D photo on Facebook where you can scroll, pan and tilt to see the photo in realistic 3D.

It’s amazing! Literally feels like you are looking through a window.

3D photos on Facebook can also be viewed in VR using the Oculus Browser on Oculus Go or Firefox on Oculus Rift. According to Facebook “Everyone will be able to see 3D photos in News Feed and VR today”.

Don’t panic if your device doesn’t have the 360 photo mode yet. According to Facebook “The ability to create and share 3D photos will begin to roll out and will be available to everyone in the coming weeks”

Steps On How To Make A 3D Photo On Facebook Android

Step 1: Open your Facebook app on your Android or iPhone device.

Step 2: Tap on  ‘What’s on your mind’ and that will take you to a new screen.

Step 3: On that new screen, scroll upwards to view all the options available.

Step 4:  Preferably after the ‘check-in’ option you will see the ‘3d photo’ option, tap on it.

Follow the instructions carefully to successfully take a 3d photo with your Android or IOS device.

3D photos on Facebook is magical, it brings to life the image you took with your Android or IOS device and makes you feel a whole lot closer to the places, friends, and objects in the image.

This article is basically about how to make a 3d photo on facebook, so I have done my research and discovered the way it works and shared it with you.

After all said and done, Making 3d photos on Facebook is a whole lot easier than you thought.