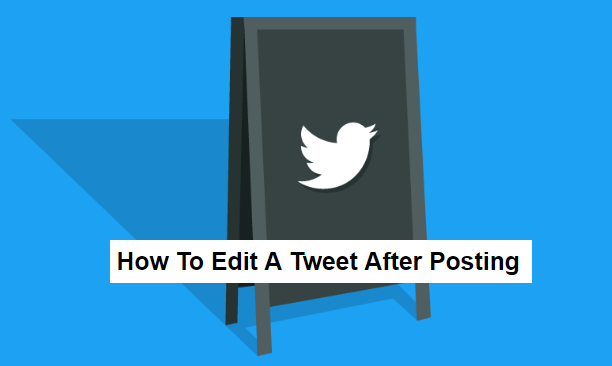 Hey guys, I know we all have been in that position where you post something on Twitter and wish you could edit because of a typo error or a grammatical blunder or you just passed the wrong information and you just want to delete the post altogether. This post is to meant to help guide you through some steps to learn how to edit a tweet after posting it.

Well, you can’t. Technically you cannot edit a tweet after posting it. Once the tweet has been uploaded and posted on Twitter, there is virtually nothing you can do.

For now, there is no way to edit a tweet after posting it, your best bet is to repost the tweet, probably copy the whole text you already posted and paste it in the new post section with the necessary corrections, and post it again.

Before I show you how to edit a tweet after posting, let’s go over some basics.

Firstly, let me show you a quick way to repost your tweet while you make the corrections that moved you to want a repost in the first pace. I recommend that you use a computer for this process.

2. Select the full text with the cursor and copy using “ctrl + C” or right-click on the highlighted text.

3. Go to the Home screen and paste it in a new post ” What’s happening?” section.

After reposting a new post, you should take down the old one. You can’t have two posts of t same content on Twitter, it’s not right. Stil using your computer try these steps.

How To Edit A Tweet After Posting Using Covfefe extension

Basically, you can only use the Covfefe extension with a computer. A programmer in California by the name of Corey Gwin decided to see what he can do to make tweets on Twitter editable.

So far, so good, his solution works. Although, this requires you to add Covfefe to your extension on chrome. It’s a chrome extension tool that, once added, will immediately bring out an edit button on your Twitter posts giving you the ability to edit your post anytime you want.

2. Go to your Profile screen.

4. Click on the edit button, and make the needed corrections.

A good upside about this extension tool is that it gives you 15 seconds to recheck your tweet before it finally uploads on Twitter.

For now, we are keeping our fingers crossed on the possibility of Twitter implementing the edit tweet feature. Until an official from Twitter gives a response to the questions about Twitter adding an edit button, nothing is guaranteed. This Covfefe extension tool is your best bet yet.

You can also decide to use Grammarly keyboard for Android users, and it’s available on the google play store. You can also add the Grammarly extension tool to your chrome web browser on your computer and use it to correct all your grammatical errors while you type.

Download Grammarly Keyboard for android
Get Grammarly for chrome Here

The answer is no. You can’t edit a tweet just yet, and we are still hopeful that Twitter will put an edit feature on the next update to allow users to edit that tweet after posting. The best you can do is write the tweet again, delete the old one, and repost the corrected version.

Now you know what you must do to edit a tweet after posting it on Twitter. It is left for you to use this extension tool or wait patiently for Twitter if they will ever add an edit button feature to the next update.

This extension tool is about 5.0MB in size, and it works. You can only use it on a computer with a Chrome web browser for now. If you have any further questions on this topic, drop a comment below, and I will attend to it as soon as possible.

Thanks for your time, I hope this article has helped you to know how to edit a tweet after posting.

How To Unblur A Picture In 5 Ways