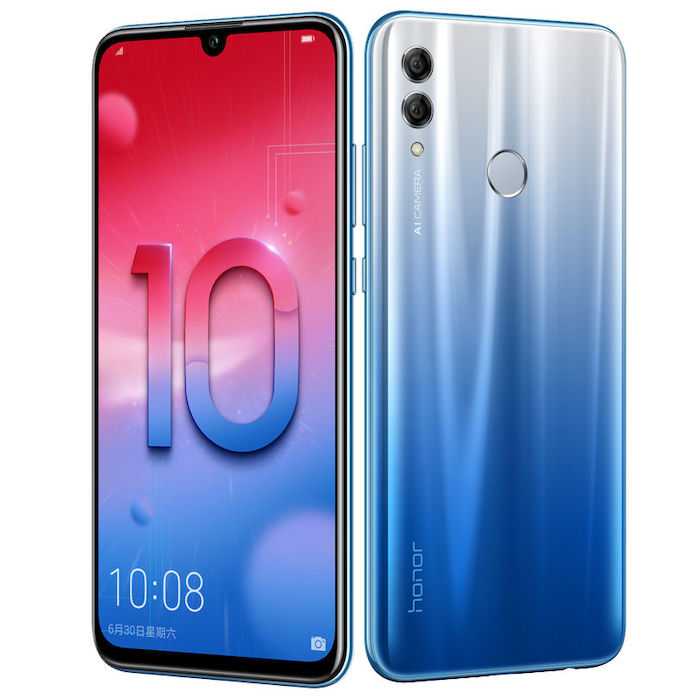 Honor has brought up its new mid-range device Honor 10 Lite as the successor to Honor 9 Lite. The device will give straight competition to the names like Nokia 7.1, Honor 8X, and Moto’s One device. Starting at Rs. 13,999, Honor 10 Lite features a dewdrop notch on the top of the display, HiSilicon Kirin 710 SoC and a 24MP selfie camera out of the box. Explore ordering Honor 10 Lite with available best Amazon Coupon Code on electronics items online today.

Honor is following the footsteps of Xiaomi by bringing flagship features at aggressive pricing. With big screen size and crazy features integrated, the device is low cost alternatives for big flagship devices like Apple iPhone XR and Google Pixel 3. How does it perform and will it stand out from other devices? Let’s see in the Honor 10 Lite review below.

The Honor’s new mid-range device looks really great in hands. The device weighs around 162g and is 8mm thick- very light indeed due to its plastic body. The device comes along with a fitted screen guard to protect the screen from smudges and fingerprints.
One of the best things about the design is that it looks like metal glass but actually it is plastic. This is what makes this design really good. The device might get scratches at back, so you might get your hands on the back cover too.

At the back panel, there is also a fingerprint scanner which is at the perfect place to hit. The bezels are pretty thin at the sides and at both top and bottom too. Moreover, there is a notification light below the screen which you might miss to look unless it flashes.

Coming to the display, it packs 6.21-inch full-HD+ (1080×2340 pixels) display with 415ppi and a screen-to-body ratio of 91 percent. On the top of the display is a dewdrop notch. Moreover, there is a TUV-certified eye care mode to protect the eyes and reduce blue light effect from the screen. Overall, it is a great designed phone with smooth display taking care of its users.

Under the hood, the device has a HiSilicon Kirin 710 SoC paired with 4GB and 6GB RAM variants. It offers onboard storage of 64GB which can be expanded up to 512GB using microSD card. To enhance the gaming experience, you can get 60 frames per second with the new GPU Turbo 2.0 technology used in this device. Games like PUBG and Asphalt series can be played without any lag felt and gives you a smooth experience.
Though the device won’t give you a great performance like high-end devices, still it is a decent performer in its price range.

Coming to the cameras, it packs a dual vertical rear camera setup including a 13 megapixel primary sensor along with an aperture of f/1.8 and a 2 megapixel secondary sensor. The rear camera features modes like Automatic mode, AI mode, and Pro mode. In auto mode, the device catches crisp decent pics and when it switches to AI mode, the real power comes at play. Night Mode catches good pics too just like Night Sight of Google devices.

The front shooter offers a 24 megapixel camera along with an f/2.0 aperture in the notch on the top of the display. The front cam features include AI-based facial recognition and light fusion technologies. It will use AI Smart Face Unlock feature to unlock the device with facial recognization. The front camera performs decently except in the low lightings.
Overall, the camera process the images hyperly which makes them full of contrast than realistic. Explore latest gadget online to order with best flipkart offers today.

Honor 10 Lite packs a massive 3,400mAh battery with Power Saving and Ultra Power Saving modes. Honor 10 Lite battery will give you a life of a typical day which might hurt some users. Unlike, some of its competitors, you might find it very annoying. No fast charging feature is one more thing which goes against this Honor’s device. Long put short, you will get an adequate tank to use the device respectfully.

Honor 10 Lite runs Android 9.0 Pie out of the box paired with EMUI 9.0 on top of it. The device also features a new Paytm Pay feature to pay money in just one click for Paytm users. Moreover, it also includes Ride Mode and Party Mode. Not only this, but a new feature called AI Enhanced calls functionality is also there to clear the noise during calls as much as possible. The connectivity options include dual 4G VoLTE, Wi-Fi 802.11 a/b/g/n/ac, Bluetooth 4.2 LE, 3.5mm audio jack, GPS/ AGPS, and GLONASS.

The new Honor’s mid-range device packs nice battery life, great design plus display but the camera is average performer. The device won’t disappoint you. With Honor 710 SoC, it might do the basic jobs but it might start lagging in multitasking and using heavy applications. Moreover, with no fast charging and waterproofing, you might find it odd.
Over that, the device runs on Android Pie with great design work and loads of storage. So, if you re looking for a well-built device with decent performance, Honor 10 Lite might just be for you.