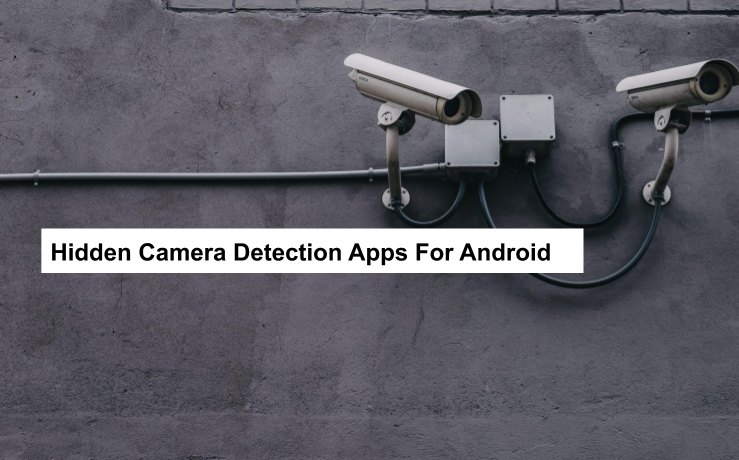 While growing up, I heard weird things. My mother actually told me that some hotels keep hidden cameras in their rooms.

I am yet to find a hotel that does that and press charges immediately. Check out my list of hidden camera detector app

Have you ever been concerned or worried that someone might be trying to spy on you?

Worry no more, in this article, I will tell you about the top hidden camera detector apps for Android that you can use to spot any hidden camera around you.

Do these detectors work? Yes, they do.

Solve your privacy issues or problems with this amazing app from RR games. This detector can come in handy when you are in a changing room, the bathroom or wherever you feel no one should be watching you.

This app has two features, one is the infrared and the other is the radiation, these options can be used to easily detect if there is a hidden camera in the room you’re at.

Here’s another app worthy of note in terms of detecting hidden devices. Using this app, you can easily find different kinds of devices through lots of features available on the app. This app uses a magnetic sensor to detect the radiation intensity of devices around you.

It works with precision and isn’t quite accurate most times, but it gets the job done. If your phone doesn’t have a magnetic sensor, you can use the infrared feature to find hidden cameras around you.

This is the 3rd app on my list of best hidden camera detection apps for Android. Just like the other apps, this one also makes use of two sensors, the infrared and magnetic sensors. You can use this to detect not just hidden cameras but also hidden microphones.

The only issue I have with this app is the Ads that mess with user experience, I hope the developers get to see users complaints and reduce the number of ads shown.

How do you use this app? Install the app on your android device, launch it and take it close to the device you are suspecting. For example, you could take it close to a mirror or flower vase (places where a camera might likely be hidden).

The app will automatically analyse the magnetic activity happening around it and give you feedback.It has a lot of options that you can use to detect hidden cameras around you.

Here’s another hidden camera and mic detector you can decide to use. I tried this app out and I must say, it does a good job. Just make sure your device has the sensors required for the App to work.

You can test it out in rooms, malls, and just about anywhere you feel there is a hidden camera or voice recording device. It contains ads, but the ads won’t disturb you a lot.

Meet the next amazing hidden camera detector apps for android 2021. This one will help you detect any bugs in the room. It has an amazing user interface and it is very easy to use. It also has a radiation meter, just move your phone around and watch the meter work.

It uses the magnetic sensor on your phone so make sure your phone has one. It works with just one tap.

With an app like this you will never feel insecure again. This app has all shades of amazing. Through this app you can easily find hidden devices in like cameras, microphones and other devices.

You think someone is spying on you or recording your conversation with a hidden microphone or camera? You don’t need to go on amazon to get a detection device, just download this app and watch it work wonders.

Meet detect spy, one of the best hidden camera detector apps for android, it is very easy to use this app, all you need to do is turn off the light in your room and move your phone around places you suspect hidden cameras or microphones to be and watch the app do its magic.

If while using the app it is stuck on high, simply shake the phone 4-5 times, this will re calibrate the magnetic sensor.

Meet one of the best. It is also a two-way detector. You’re covered if your device doesn’t have a magnetic sensor, it might have an infrared sensor. Yes, this app makes use of magnetic and infrared sensors for detection.

Here’s how to use it, turn off the light in your room and then activate the app, the app will automatically use its sensors to check if there is a camera in the room that you can’t see.

My friend used this app and this was the review he came back with “Amazing app bro, after using it in rooms, I feel less concerned about privacy”. I think this particular app should be in top 5 best hidden camera detector apps for android.

It has a specialize camera filter that can help you in locating hidden cameras, this is where the infrared sensor comes in play. It is lightweight and very easy to use. Download and thank me later.

All the hidden camera detector apps for android 2021 listed in this article are working 100%, don’t doubt its authenticity if you haven’t used it. I have tested these apps and I must give a big thumbs up to the developers for doing such a great job in developing these camera detection apps for android.

Let me know if you have used any of these apps, did it work for you and how was your experience?