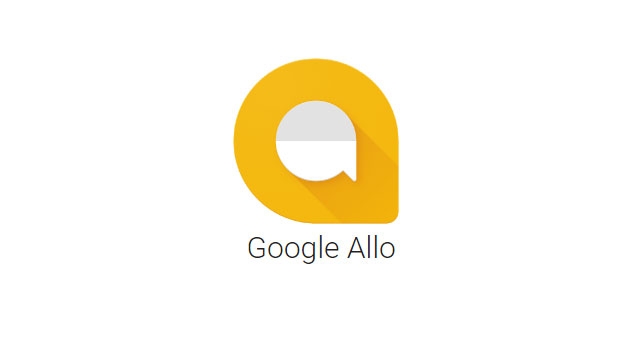 Heard of the new Google App? Well I decide to write a post on google allo review.  Google’s new app was announced on may 18, 2016, google said that the app will be released in summer, I guess they kept to their word, the new google app was launched September 21, 2016. the app is available for android and IOS devices.

What is Google Allo?

Google allo is a messaging application for android and IOS devices that lets you chat with friends and family. It lets you send pictures and videos, and also come with additional sticker packs to enhance your conversations. Trust me when I say there is a lot to love about the new google app.

Incognito mode: The incognito mode on google allo is a mode that includes private notifications, expiring chats and end-to-end encryption. incognito mode is one of the coolest features. While in incognito mode, all your messages will be seen only by you and the person you are chatting with, if you want to have a secretive conversation with someone, you will want to do so in incognito mode because while on this mode, you can’t use smart reply or google assistant which ensures your chat being super private.
How to start an incognito chat on google allo

* Open the Google app on your device.

* Tap the new chat button at the bottom right of your screen.
* Tap on ”start incognito chat”
* From your contact list select the person you want to chat with.
Another cool fact about the incognito is that you can set messages to expire after a certain time interval. you can set your messages to expire after 5 seconds, 10 seconds, one minute, an hour, a day or even a week.
How to change chat expiration time in Allo:
* Tap the timer button on the top-right of your screen.
* Select your desired chat expiration time.
* Tap on save.

Google Allo Assistant: Google assistant is an intelligent personal assistant that was developed by google, and is considered an extension of google now. Google assistant can engage in two-way conversations. Allo’s ”smart reply” function uses google’s machine learning technology to suggest replies to messages, which can be selected from a few listed options.

Chatting with the google assistant is like literally talking to a robot that knows everything, this is actually my favorite of all the features of google allo. Perhaps let’s say you are chatting with a friend and he uses a big dictionary word you don’t understand, you can simply ask the assistant for the dictionary meaning of the word.

The assistant can be asked almost everything, from the weather report to word meanings, location search and lots more. Fun part? the google assistant although a bot, it doesn’t reply you with strictness, it is quite chatty.
It should be of note that the google assistant is currently in a preview stage, so don’t feel disappointed if you find some bugs or lags.Smart Reply: One of the coolest features of this new google app is the smart reply function. How does it work?
Well as the name implies ”smart reply” it gives you possible smart reply suggestions when you are chatting with friends or the google assistant. It gives you possible suggestions not because it can read your mind, it’s suggestions are based on what it thinks you are going to say next.

Whenever the assistant answers a question for you, you will see a thumbs up and thumbs down emoji, this is somewhat a quick survey to know if you liked the response google gave you. If you tap on the thumbs up, you are letting it know that it did a good job, if you tap on thumbs down emoji it means you didn’t like the response. You can then let it know what to do better next time.

Shout/Whisper Feature: Another cool feature of the google allo app is the shout/whisper feature, which enhances expression when chatting with friends. With this app, gone are the days when you will have to type all letters in CAPS or using series of exclamation marks. All you’ll have to do now is the allo ”shout”
how to do this?

* Just type out your message,

* hold down the send button and drag your finger upwards.
pretty cool right?

Now let’s say you want to say something quietly, the steps are almost the same as that of the shout feature, type out your message, hold down the send key, then drag your finger downwards. The shout/whisper is not just for text only, you can as well use it on emojis, but it doesn’t work with sticker packs or photos.

Sticker packs: Personally I love sticker packs more than emojis, I just have a way of expressing myself through stickers. If you are an active facebook user, you’d agree with me that facebook app has a bunch of cool stickers that enhance chatting. well, it’s the same with the google allo app, there are lots of sticker packs for you. Some are available without download, while others can be downloaded via the ”add sticker” button on the right side of the sticker selection menu. The new google app also boasts of animated stickers, these stickers can be denoted by a small play icon on them.

Stickers are simply the best, like I earlier said, stickers enhance chatting. Despite google allo app having a bunch of cool stickers, facebook remains the best platform for getting cool stickers created by an artist.

One of my favorite sticker on facebook is this guy below.

The Google allo app has a bunch of cool sticker packs readily available for use, to access them, simply follow these steps.

* Tap on the ‘+’ button on the bottom left of your app screen.

* Tap the sticker button on the bottom blue bar.

INK : Okay of all the google allo features mentioned this will be the last but not least, this feature allows you to draw on photos and add text to photos before sending them, to do this, follow these steps.

* Select the photo you want to send.

* To write? tap on the pencil button next to the send button.

* Tap on the send button at the top-most right of the screen.

So these are basically all I have to give in respect to google allo review.

Most people tend to compare the new google allo app with WhatsApp.

previous Best Music Player With Lyrics Display For Android, Iphone
next How To Check Backed up Contacts on Google: Easy Steps

WhatsApp Stickers: How To Use Sticker Feature On WhatsApp

Latest call and text free app For Your Android Device