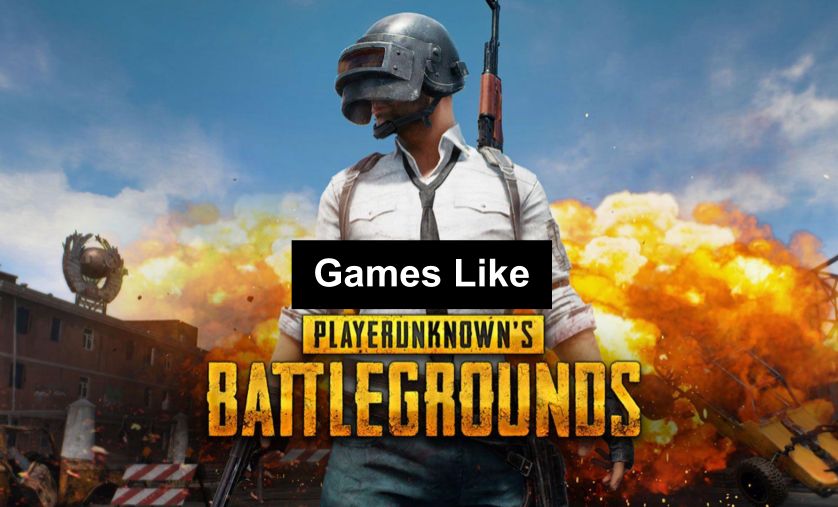 Are you a big fan of PUBG? I am too. There was actually a time I could not go a day without shooting folks and getting their gear.

In today’s article, I am here to introduce to you 12 amazingly outstanding games like PUBG (PlayerUnknown’s BattleGrounds).

All the games listed below have amazing graphics and have are a bit similar to the famous PUBG.

Check them out below;

If you don’t have this game on your Android device and have never played it before, I urge you to skip everything you are about to read and hit that download button below. This game has over 9 million reviews, do you really want to know how many downloads it has?

If you are new to the Call of duty world, here is a great way to join in the fun. You don’t need to have a PS4, PS5 or Xbox One console to enjoy stunning game graphics. Download this amazingly outstanding game like PUBG and thank me later.

This is more like a crazy fun twist of the usual PUBG. When I came across this game on Playstore, I was skeptical about the graphics, after downloading and playing, I loved every bit of it. This games does not have complicated lobbies, you won’t need to wait for a long while before you start playing.

Here’s another game worthy of your love. I put it second on my list of best games like PUBG on Android for a reason. This game has an online and offline mode. In the online mode you can connect with allies and go on a war against other people. In the offline mode, you can fight your way through 185 missions.

This game also comes with highly customizable gadgets, there are lots of guns to choose from in this game. You’ll enjoy this game. According to the developers, you are not Expendable but Respawnable.

I present to you one of the best of all time. This particular game actually looks like Fornite. But hey, PUBG is a shooting game right? Where you need to shoot a lot of folks and build a legacy for yourself, one difference is that in Gods of boom you don’t get to drive cars or bikes.

Gods of boom is by far one of the best games like PUBG that you can have on your Android device, if you haven’t played Gods of Boom, you are definitely missing out on a whole lot of fun.

DO you have a thing for killing zombies? You have got to check this one out. This game like PUBG has been played by over 30+ million gamers just like you. What are you waiting for? Join the number, if you’re lucky enough you might be the special person to make the number reach 31 million.

This game comes packed with different modes, in the solo mode you get to play by yourself against 99 other players, the goal is to be the last man standing. It also has a Duo mode where you get to play with a friend, and finally the Squad mode that lets you play with 4 people.

Are you a big fan of minecraft games? This one has a resemblance. This game looks a lot like PUBG, It has almost the same game play, there are over 30 weapons to choose from. It has an auto shoot mode, yup, in this mode you won’t need to hit the fire button to shoot, just place the marker on the target and shooting will happen automatically.

There are also military vehicles in this game like PUBG. You don’t need to worry if you are using a weaker device, this game has graphic modes for different classes of devices. Download now and thank me later.

Say hello to another amazing game on my list of best games like PUBG. The first thing I should let you know is, this game does not have guns, rather, you would be throwing axes to enemies. Yeah, I thought it was awkward at first, but playing the game changed my perception.

There are over 14 different characters to play as, the controls of this game are amazing, the aim too. As a pro gamer, I pay attention to the aim sensitivity of most shooting games, I’d give this game an 8 out of 10 on its aim sensitivity.

There are over 20 different weapons to choose from, the auto shooting mode is another thing to love about this game like fornite. Finally, if you do not have a phone that has great graphics you can reduce the graphics to fit your phone’s capability.

The animals are not left out. This is another battle royale game for your pleasure. What is the ultimate goal of this game? “SURVIVE”. Yup! You heard me right, you are required to be the last man or in this case “animal” standing. Trust me, the graphics of this game is great and loveable.

You can also activate the multiplayer mode and play alongside friends. It doesn’t really matter if you are new to battle royale games, you would get the hang of this game after the first 3 deaths “LOL”. Have fun with this one.

What are games like PUBG without the actual deal, here is the king of games, the only battle royale game worthy to be listed on the top 10 best Android games of all time. PUBG mobile has one of the most realistic gameplay ever seen. The size of this game is large but trust me when I say it is worth it.

You can drive real looking cars, bikes, and do other fun things in this game. The weapons are also very realistic. There are goals in this game the ultimate on is to survive, others are to upgrade character, and more.

Okay, I can go on without adding fortnite to my list. I mean what’s the point of writing an article about fortnite games without giving honor to whom honor is due. Personally, I prefer playing fortnite on my PS4 console. I never played it on Android until yesterday while trying to write this article.

Basically, everything is almost the same, I think the graphics on a PS4 console is better a bit, and you’ll have less lags. Android users can enjoy Fortnite by downloading the App and joining in on the shooting spree.

The last but not the least on my epic list of best games like PUBG on Android is striker zone mobile, this game also has realistic graphics that almost all users love. It doesn’t have a complicated menu, its controls are easy to use and the aim is calibrated properly.

If you are into guns, you should download this game and see the arsenal of amazing weaponry, you can upgrade your weapons and your soldier for better advantage on the battle ground. Download and enjoy.

All the games listed above are totally worthy of being on this list of best games like PUBG you can also refer to them as the best games like Fortnite if you want to. Basically, it all boils down to holding a gun or weapon and fighting for your life.

I hope you get to find the best game. Thanks for stopping by.