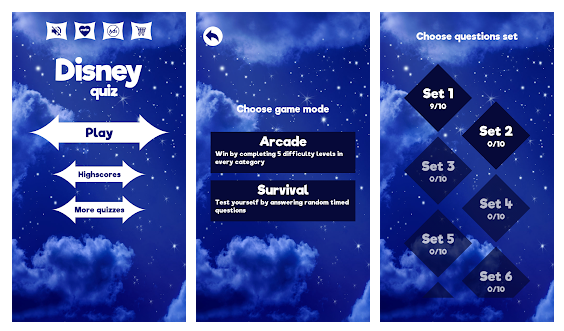 Disney is one of the leading animation companies in the world, with popular cartoons such as Snow White, Toy Story, Cinderella, Frozen and many more.

Most of their cartoons have made crossovers to gaming and likewise, are successful too.

Techytab brings to you some of the best Disney games for android.

This is a role playing game (RPG) having  both Disney and Pixar heroes, the game features  characters from The Incredibles, Wreck-It Ralph, Toy Story, Zootopia & much more.

Your goal is to save the city from a virus corrupting every pixel,  which is so powerful to the point that it’s turning even the heroes’ friends and family against themselves. You have to form your own team of heroes to aid you. Equip yourself with powerful gear and battle hard to increase your odds.

• Battle with over twenty five characters

• You have the option to create a team to improve your chances of accomplishing a mission.

• There are epic abilities & gear to use as power ups for your character.

This game tests your knowledge about Walt Disney (the founder of Disney).

Questions pertaining to his productions, princesses and fairy tales are presented to you.

The navigation and interface of this Trivia app is very simplistic, even a kid can understand the app with just a glance.

Once you’re done you can easily share your score with your friends who are also Disney fans.

This is a puzzle game of the popular Frozen animation by Disney and the imaginary Kingdom of Arendelle!

You will slide puzzle tiles of Anna, Elsa, Olaf and various other characters puzzle pieces until they match. There are over 1000+ exciting levels for you to tryout and more seasonal puzzles and game modes to also check out whenever the game is updated.

•  Each character has a unique pwer-up. For instance you can use Anna’s torch to burn up an entire row of crystals, or Elsa’s glacier to make all of the same color crystals magically disappear or Hans’ sword to slash right through the crystals. You can also get more power-ups for these characters.

•  Bring arendelle to life by decorating and customizing plazas with shops, carts and many more of such. Turn it to the beautiful city as it was in the movie. Show your designing skills.

This game has over 120,000,000 downloads. It speaks for itself if you’re still doubting how intriguing the game can be with its simple and straightforward game plot. Moreover, it has the Google play store editor’s choice tag.

Whenever you play you’ve to focus on setting new records and also to acquire over 100+ Disney and Pixar characters like Mickey, Donald, Buzz Lightyear, Rapunzel, Mufasa, Sadness, Wreck-It Ralph, Madame Leota, among others, as you dodge unexpected obstacles.

Castle of Illusion is a game all about Mickey Mouse. This game is a remake of the Sega Genesis classic when the evil witch Mizrabel kidnaps Minnie. Your goal is to control Mickey and maneuver through the dangers of the Castle of Illusions to rescue Minnie. Castle of illusion requires quick thinking and a strategy.

This is a premium game. To access it you need to pay a fee.

This game is targeted at Disney Junior (kids). It deserves a spot here because its graphics and game play surpasses some games on these list.

This app is filled with video, games, and music, it’s like a multi-platform app. Your kid/junior ones will enjoy this game with its immersive interactive TV episodes which aren’t only entertaining but also educative. The games as well are worthwhile. It features kids favorite character “Mickey mouse” who takes a rally with the villain “Pesky Pete”.

• This game is very interactive and educative

• Mickey Mouse, Minnie Mouse, Donald Duck, Daisy Duck, Goofy, and Pluto are the characters you can choose to play with

• Accessing this app requires permission to record audio and access photos, media, and other files on your device.

This is an award-winning game.

Your goal is to help Swampy the alligator get water into his bathroom through a network of taps. As simple as the challenge sounds, it’s going to require smart thinking to cross over from levels to levels. With each level, you face a much more challenging physics-based tap puzzle with amazing life-like mechanics.

•There are four unique stories to choose.

• You get to characters like Swampy, Allie, Cranky and Mystery Duck.

• There are over 500 amazing puzzles for you to try out.

Most of these games are not particularly developed by ‘The Walt Disney Company’ but may be affiliated to them due to copyright issues and trademark requirements. But this doesn’t still sell the game short, you are still going to get HD graphics with nerve soothing gaming experience.

Tell me, What are your thoughts about my list of Disney games for Android.