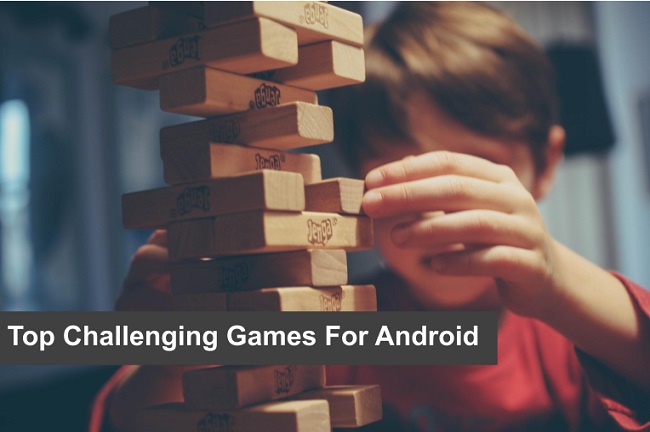 The games you have on your Android device are boring and easy to play?

You want very challenging/hard games that will force you to use 100% brain capacity?

Well, my friend you landed on the right page.

IQ games and puzzles are one of the best game genres.

If you want to improve your reasoning ability, then these games are definitely for you –

So, here goes my list of the top challenging games for Android.

Build a boat takes the top spot on my list of challenging games for Android. This game has simple graphics and coded in 2d graphics. Basically, you have to run around dungeons, find crews, capture monsters and definitely build a boat. This game requires payment before you can play it.

With the boat you built you get to travel the world from the top of the Mage Tower to the bottom of Hell. The crew you gathered will live on your boat and serve you.

Match as fast as you can to keep on running and once you can get a monster into your captivity you can control then and you earn bonuses for that.

This game allows the use of magic during your quests and  also get new skins to unlock in Daily challenges which you can use on your character.

Some other amazing features are –

• bargain with the lizardman.

• match keys to unlock chests and swords to attack.

• collect your thoughts and trade them for dragons.

• you must trust a blue bean man to make dangerous investments with your money and then forget about the blue bean man and many others.

Looking for a hard Android game? Here’s one. This is an arcade game and has the Google “Editor’s Choice” tag.

The gameplay is simply by control two vessels in sync, survive against all odds and keep calm.

This app us very challenging and requires rapt attention while playing.

• pay a fee to go premium so as to block ads.

This game was created by makers of 2048. It’s very lightweight and has a size of less than 10mb.

Control the red car and the blue car at the same time!

All you need do is to control the red car and the blue car at the same time, collect all the circles and avoid the squares while you drive.

Though the game is easy from the start, it gets to a point where your alertness heightens and you just have to shut out the world and think super fast.

Jump, fly and flip your way through dark caves and spike like objects. Discover and find the secrets hidden within the game. There are numerous challenges for you with monsters.

• Earn rewards with every completed quest

• Unlock icons and colors to customize your character

• There are rockets for you to fly.

This is an action arcade game featuring music, neon light and Geometry. This game

Jump, Hold, Stomp, that is all you need to do. The more levels you unlock the more mesmerizing it gets.

This game was developed by Rocky Hong also the co-founder of Cloud Macaca Inc.

Hundreds is a puzzle game that requires deep thinking as numbers flashes on your device screen.

Its concept is simple but requires active thinking and reaction.

Your goal is to grow at least 100 points between the circles in each puzzle. Circles turn red and volatile, a danger sign while being grown. Once they collide, game over for you.

If your reflexes aren’t top notch this game can help you improve.

In the gameplay, you are the Gray ball amd have to avoid the Orange balls. You aim is to collect the green balls.

You can post your scores on the Google Play Games leader boards.

You get to draw shapes to solve challenging physics puzzles.

Moreover, the gameplay is a little deceptive and requires active thinking to see through through the deception.

• You can compete with your friends

• Multi solutions to solve the puzzles

If you’ve seen the video then it’s time to play the game. The lives of the characters are in your control and you have to bring about safety. The game has mild violence but it’s still a good game to try out.

• get an high scores and unlock the famous music video that started it all.

Tricky Test 2 is an  IQ game. The quizzes are structured in a way to bring the genius in you out.

Each of the brain teasers in this game is unique and pushes your thinking to spurn more creatively. It has a time frame to determine your genius status. 111 trivia quizzes are required to be finished in 120 minutes so as to get the genius status.

The game is suitable for all ages.

This is a perspective illusion puzzle based on M.C. Escher drawings of impossible shapes.

Some features of the game are NO ads, widely crafted levels, create and share your levels as a card or code, beautifully music & sounds and so on.

This game is intense and features tribal people in hunting mode. The game is quite popular and has more than 10million downloads.

-The storyline of the game-

A long time ago, a Bushman tribe lived in an outback town, People were starving to death because of continuous droughts. The leader of the tribe goes out for hunting every day for a living…..

Your goal is to hunt down gigantic primeval animals with spear, axe and boomerang. Your end goal is to become the world best hunter.

• Hunting game based on dynamic physics

The game is developed by Zeptolab.

This a fun game involving word formation. It might look easy at first play but the challenges difficulty will leave you amazed at how simple words could have a whole new meaning.

It’s among the top 10 games on play store, precisely no 4.

This game is perfect for testing your spelling and vocabulary limits and give you rewards after every challenge.

This is an arcade game which requires you to shoot the ball through obstacles smartly. Once the ball touches the obstacles that’s game over.

It’s a lightweight app with very simplistic in design and operation.

This puzzle game is on the fourth spot of Google play store trending games. It has over over 40 million downloads! The only thing you need to do is to “bump two balls.”

You can review the moment you cleared a stage on video or picture and share it on SNS to show off your skills to your friends.

This game tests your thinking ability.

The above-listed games are some of the best you will find available on Android. Some of these games have in-app purchases but most do not. It’s time for you to brace yourself for mind-blowing challenges.

Is there a game that you think is hard enough to include on my list of Top challenging games for Android? Let me know via the comment section. I will check it out and add it to my list as soon as possible.