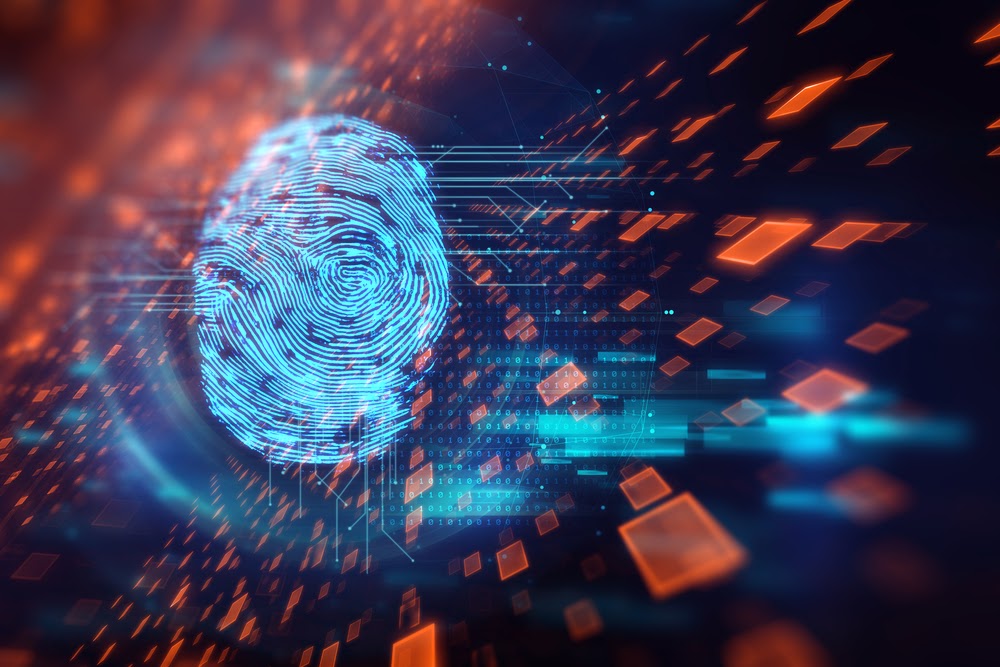 Biometrics Technology in the Apple Company

Biometrics Technology in the Apple Company

The Discipline of Biometrics has evolved from the Crime scenes justice investigations to a diversified range of technologies that makes lives easier, more secure and gives a unique personalized experience. Apple Corporation has set the pace in terms of Biometric adoption starting with the Touch ID sensor to the recent innovation of the Face ID. This disruption goes beyond the normal 2D standard approach to a more diversified approach to give their customers a unique experience. The research paper seeks to investigate the role of Biometrics in helping Apple create a competitive hedge against its customers as well as sustain a culture of Innovation.

Brief description of the company

The apple is an exclusive American company whose central headquarters are based in Cupertino California. It specializes in computer software, hardware and online services. There are innovations of the Apple smart watch and the Apple digital smart player in the hardware sector. The MacOS and the IOS constitute the softwares of the Apple Company. The online services include the iTunes, IOS store and the Apple music in mention of a few.

Steve Jobs, Steve Wozniak and Ronald Wayne founded the Apple in April 1976 and later in 1977, it was renamed, as the Apple Computer Inc. Apple is the largest information technology company in terms of the revenue earned and in terms of the total assets of the company, it is the largest technology company. In terms of employment, it has made remarkable efforts having employed 115,000 permanent full time employees who maintain around 478-retail stores worldwide.

Competition is a key strategic threat between the top players in the technological industry. Competition is a key determinant of Apple’s profitability, performance and Innovation.  For instance, Amazon’s kindle is a substitute to Ipad that has affected the revenues earned by Apple. Similarly, Samsung’s smartphones are a threat to I-phones. On the other hand, HP and Lenovo compete with its laptops brands while Microsoft is a key competitor of the Operating Systems.  There are key factors that contribute to the intensity of the competition including the price mechanism, innovation and uniqueness of the products, CSR activities of the corporation and others. In terms of the pricing, Apple’s products are rated higher in comparison to its competitors. Despite the fact that Apple’s products are unique and innovative, they are premium priced, which has created an opportunity for Google and Lenovo to take a part of the market share from Apple.  However, the threat of new entrants remains low for Apple because of the cost barriers and brands cannot generate Apple’s kind. Based on the internal analysis of Apple, there is evidence that it has a strong strategy to promote direct sales, which has not reached esteemed potential. Apple only has direct sales locations in 13 countries. This is attributed to the high dependency on the iPhone and iPod as their dominant lines of sales. The hardware products are only supported with the iOS making it difficult for most of the users in comparison to Android.

Technology analysis and trends in the context of Biometrics in Apple

Apple bought the Biometrics Company AuthenTec in June 2012 in order to acquire the authentic technological capability for the future as well as establish a secure initiative in terms of the payments. In the contract, Apple acquired the right to integrate the AuthenTec Hardware, Software and Patents. The initiative enabled the corporation to build the Touch ID sensors into the mobile iPhone 5s. In the long term, the contract gives the corporation an immense potential for Apple Pay.

In September 2017, Apple introduced a Face ID, which is a facial recognition feature to replace the Touch ID fingerprint sensor on the iPhone. The Touch ID makes it possible for the users to unlock the iPhone as well as to authenticate secure payments that are made on the Apple pay. Biometrics security has the ability to scan the user’s face, voice, fingerprint, and behavior in order to make the identity verifications. The safer Apple and other devices for that matter get, the more reliable online experience college and university students have. Technology allows us to work through different mirrors, VPN servers, or just make sure your card will not be copied once you decide to pay someone for research papers or need expert help with other writing projects. Of course, if you want to be completely sure that your order will stay confidential and your private details won’t be disclosed to the third parties, you need to address a professional company, such as this one. No matter which service you decide to address to cover topics you don’t enjoy writing about, first of all, think of your safety and confidentiality.

The Corporate’s initiative to introduce the facial recognition in order to make the identity verifications is a useful technological innovation that will benefit their diversified range of customers as well as maximize the utility of using their products. Biometrics technology is an easy and convenient way of identification.

In 2018, all the new devices have integrated the Face ID, which has become the sole means of biometric authentication – 3D facial recognition system. Apple has abandoned Touch ID fingerprint authentication in favor of the biometric solution, which gives higher prospects of the technology in the near future. Similarly, the Iphone X played a remarkable impact in the mobile biometrics industry creating more channels for innovation.

Anticipated benefits of Biometrics to Apple

The True Depth Camera has the ability to capture the accurate face data through projection and analysis of 30,000 invisible dots to create a depth map of the face in order to capture an infrared image of the face, which is later converted to a mathematical representation, which is compared to the enrolled facial data. As an additional protection, the face ID only allows five unsuccessful match attempts before demanding for a passcode(Lombardo, 2017).

Increasing the availability of Face ID provides Apple with a comparative advantage over the Android based tablets and smartphones. It is a technological disruption in the mobile industry, which not only maximizes the Users utility but also plays an integral role towards promotion of cyber security amongst the customers. The Face ID biometric is not easy to replicate which gives the brand a competitive hedge against their android competitors. Apple continues to intensify algorithms into the innovation in order to ensure that the user data is protected against any malicious malwares against their customers. For instance, the corporation has stated that all the available face-print data will be stored locally on the individual’s device as opposed to being sent to cloud computing.

The main use of Apple’s Face ID is in the Apple Pay.  The Customer Value Proposition Canvas will analyze the significance of Biometrics in Apple Pay.

Impacts of integration of the Face ID on different customer segments

For the various types of customers who purchase Apple’s products, the system allows a biometric authentication to unlock devices, enable the user to make secure payments as well as access any sensitive data for the user as well as enabling a facial expression track. It is significantly more advanced and disruptive than the initial Touch ID, which was limited in all its operations. Apple’s fingerprint authentication was embedded in the home button of iPhone 8and other devices. However, from September 2018, Apple has announced the iPhone XS and XR that are faster in terms of the neural network processing speed in order to accommodate the Face ID technology. Similarly, the iPad pro was launched which integrates the Face ID into the iPad to allow the facial recognition into any form of orientation.

In comparison to the Touch ID that was used previously in Apple’s device, the Face ID has higher security prospects.  The probability of a different person unlocking another user’s phone with face ID is 1 in a potential 1000,000 in comparison to the Touch ID which was 1 in every 50,000. Continuous use of the Face ID ensures that the system learns about the potential variations of the appearance of the user as well as makes the necessary adjustments to match factors such as aging, typical hair growth as well as any potential alignments because of make-up. The system has the ability to detect a face wearing hats, sunglasses as well as scarves. It also works in the dark by having the capability to illuminate the face with an infrared flash.

The face ID also plays a remarkable role to the software developers in that it can be used without any form of authentication to be able to track over 50aspects of a user facial expressions and types of positioning. It enables the developers to create live effects, which include aspects such as Animoji or other types of camera filters.

Apple’s Face ID is a technological disruption in the Biometric security. However, different types of users have different perspectives of the suitability of the technology across the different segments where Apple sells their products. In order to maximize and leverage on the opportunities that exist in Biometrics, the following are some of the potential recommendations to the Corporate:

IPhone, iPad Pro and the TrueDepth camera have exhibited digital disruption and met International standards. The Face ID has the potential to become more secure in the future because of the increased possibility to diversify the Biometrics through a scan of the veins in the face,  which has the possibility of identifying twins. To sustain a culture of innovation as well us create a comparative advantage, Apple needs to continue diversifying strategies to create a personalized experience with their customers as well as maximize their utility to sustain loyalty to the Brand.