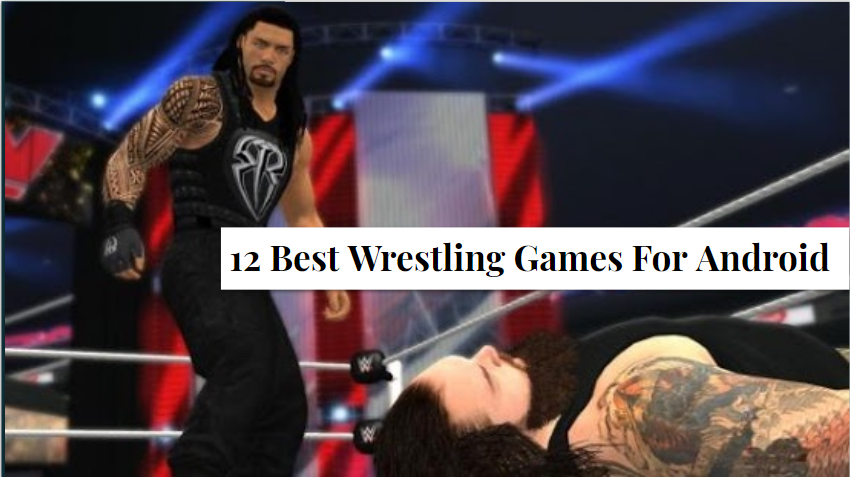 For your very Best Wrestling Games For Android, this article is keen on providing you with the latest wrestling games available on google play store and help you make the best pick out of my list. Wrestling games are very interesting, fun and full of action. A lot of in-ring fights, championship belts to win and you can become any kind of wrestler you wish.

As a little boy watching wrestling was my own form of sport, I was a wrestling fan and I am sure some of us are too, and now we have the opportunity to not only watch wrestling but play it as a game on our mobile device.

All the wrestling games on my list below are totally free and might incur some in-app purchases, but are totally worth it.

WWE Mayhem will totally top that list, especially if the game is a WWE game. WWE(World Wrestling Entertainment) is one of the top wrestling shows in the world that gives you an amazing wrestling action fight, with wrestlers like John Cena, The Undertaker, Brock Lesnar, Roman Reigns, Randy Orten and many more.

Play as Roman Reigns, John Cena and an array of all other WWE wrestlers and join the fast-paced in-ring action game. This is an arcade game with the ability to play in versus mode, tag team mode, and a ton of other fighting modes available in the game. You have six distinctive wrestlers or otherwise known as superstars classes, ranging from highflyers to powerhouse, to brawlers to a showman, to wildcard, to the technician.

You can create an elite squad of all these six classes and have the greatest and resilient team ever. You also have level-ups, bonuses and of course the ultimate prize the WWE Championship title. This game is just 35mb in installation size so it’s low enough for you to get on downloading and get on enjoying this game.

Who takes 2nd place on my list of Best Wrestling Games For Android? Wrestling Revolution 3D is one of the greatest wrestling games of all time on google play store with 50 million plus downloads but just 51mb of installation size. This game is always been updated, which keeps the game from getting boring at any point in time.

The basic controls of this game very easy and simple to use, you have the cursor at the left-hand bottom side of the screen for movement, you also have other fighting buttons like the P, G, A, R, T. For a better performance, visit the options menu.

check out the latest 12 Best 3D Games For Android

WWE Champions is a free puzzle RPG game, where you get to battle in fast-paced action. Use the RPG element to earn yourself XP, fight in the ring, win and upgrade your wrestlers and move to the next round. Form tag teams, put up a tough team of the best wrestlers at your disposal and take on any team you can.

Now I want you to understand that this is a puzzle game, like candy crush, you match jewels of the same color and shape and size to make strong destructive moves against your opponents. Match all the jewels as fast as you can to make quick moves and even finishers.

This games is the latest wrestling game and also the most popular wrestling games on google play store with over 10 million downloads, just 76mb in installation size.

Collect cards of your favorite superstar and legendary stars as well, battle with your card to win more cards of other highly upgraded superstars. This is a cool multiplayer card battle game, battle with your friends or people you don’t know online and prove your the best in different arenas, Smackdown, Monday night raw, nxt and so on. and try to stay on top.

Now, in this version, WWE Supercard has upgraded to season 4 with 250+ new cards, top superstars are now collectible. Build your deck with all the cards you have won and have a strong deck, fight hard to keep your deck full, try not to lose your cards.

This game is very addictive, new features and modes have been added, due to the new upgrade, Elimination Chamber is the very first mode, featuring female cards, so don’t just fight for the men, fight for the women too.

In booking revolution, become the boss booking matches and managing careers in the game. Most of the wrestlers are young and will be starting their career as a novice you will need to coach them and lead them to become the best wrestlers they can be on the roster.

You can upgrade to pro and get unlimited access to all the wrestlers on the roster and make a pick as you see fit. Be a good manager or you will get a bad review and may not be asked to manage any show at all, you may be asked to manage some shows, keep the fans thrilled with the line-up of matches and get the best out of your wrestlers.

One of the most popular managing wrestling game on google play store with over 5 million downloads and just 59mbin installation size, the game may offer a few in-app purchases.

I will totally advise you to download this game, the game is just 19mb in installation size and is totally free with just a few in-app purchases. Increase your difficulty or not, all depends on you, but you will totally get more tough action with increased difficulty, be a veteran and fight all the wrestlers on the roster to grab that brass ring and become the wrestling champion.

The last but not the least is pro wrestling battle 2018. Be the next big thing in pro wrestling, prove you are the best and challenge the top wrestlers o the roster, battle them for the championship. You have a tournament mode I which you can choose a wrestler or create one for yourself and fight your way to the top of the mountain in this hard-hitting fast-paced strike game.

You are given world top wrestling arena to fight in, heavyweight championships on the line, all you have to do is win. Stand face to face with several wrestling rivals and deliver various fighting styles and techniques and strikes at your disposal to knock off the competition at the tournament.

The game has a really cool quality sound production, with HD graphics and smooth controls. The game is just 41mb in installation size, suitable for any Android device.

The Best Wrestling Games For Android have been listed above for you, I know you will find the games soothing, some may not be what you expected and that might be because of the variation in Android devices. Most wrestling games are 3d games, so they almost always have a really high-quality graphics and cool 3d animation with a smooth simulation of the wrestlers in the game.

I want to thank you for stopping by and checking out for the Best Wrestling Games For Android, and I also want to say that some of the game above may not be what the seem, this might be because they vary with various Android devices and are not suitable for all Android devices.

The above games are totally free, amazingly outstandingly entertaining, with just a few in-app purchases and some funny Ads.