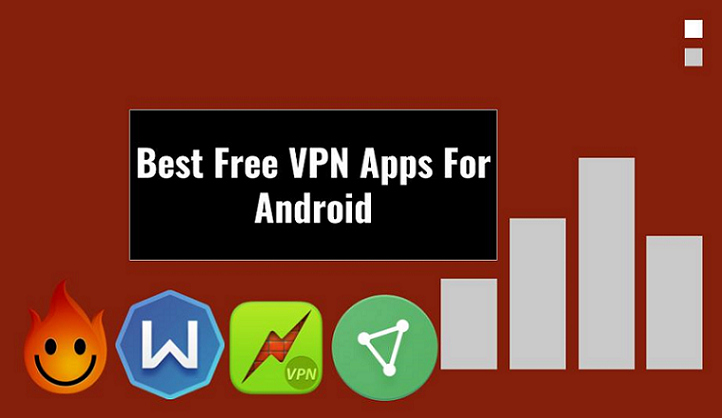 Here’s one you’d love. This post is basically aimed at telling you about the best free VPN Apps for Andriod. And Yes! I will include download links so you don’t have to stress yourself.

I deserve some credit, don’t you think?

Privacy is a really big deal in this day and age, in the past, I have had days where I spent hours looking for where to download free VPN Apps for Android.

Trust me, It was stressful finding a good App. I literally had to download a bunch of annoying VPN Apps. What a total waste of MB.

I don’t want you to go through that same stress, so, this post will tell you where to download free VPN Apps for Android and which ones to download.

No one wants their personal information and bank details out there, especially because the heart of man is desperately wicked and we still haven’t figured it out yet. LOL

For that reason, VPN apps were created (by awesome programmers) to ensure that you can at least pretend to sleep with both eyes closed at night without wondering who’s robbing you of your privacy.

VPN technology enables you to send encrypted data over previously unencrypted networks. Imagine all your data going through an enclosed tunnel, away from prying eyes that might want to steal or monetize it. That’s what VPN apps are good for.

There are a lot of VPN apps available (paid and free alike) so I made a shortlist of some free VPN apps for Android that have made an impression on me.

Rumor has it that this is the most widely used free VPN (500 million users, they say). As part of benefits, it unblocks websites that you can’t access because of regional issues and stuff. It enhances your Wi-Fi security when connected to public networks, and gives you private web browsing. Most importantly, helps to protect your bank information and passwords. What a time to be alive, am I right?

The next darling on our list of best free VPN Apps for Android is Speed VPN. This VPN is easy to use since it offers one click-to-connect feature to use it on your android. It has servers in different geographical regions and is particularly designed to unblock geographically restricted sites and for viewing low-resolution videos. However, each session last for one hour but can be reconnected with a click.

This one really got my attention due to its very generous data allowance limit of 10 GB a month. Besides the normal VPN benefits, it comes with a built-in adblocker and firewall. It doesn’t store connection logs, IP stamps, or visited sites. It, however, stores your username, VPN server you’re connected and the amount of data you’re transferring but all this information is deleted within three minutes of your session ending.

Before I proceed, I must point out that this VPN offers both paid and free services. That said, with this VPN app you don’t have to worry about a monthly data subscription as it has an unlimited data allowance. It has a high-performance rating but the free version has certain restrictions such as only 1 device can be connected, only 3 servers will be available for use and when the network gets crowded. Paid users get higher priority which means your speed as a free user, drops.

Other than these, the unlimited data allowance seems like a really good deal.

Hola! Not as in the Spanish word that means ”Hello”. This App is cool when it comes to VPN features. According to the description on Google play store, Hola is a free peer-to-peer VPN service. Hola keeps its service free by providing a paid-for, commercial version of the VPN service to businesses.

With Hola VPN you can get access to sites that are blocked in your country through an innovative peer to peer network. Hola Accelerates browsing and also reduces data costs. Quite cool for a free VPN App.

CyberGhost is a great VPN for Android. It provides banking-level security and doesn’t access any of your private information. It is a paid and free app, with the free version giving you access to 23 servers which are spread across 15 countries. The paid version lets you connect to 300 servers in 23 countries.

Uhm, remember the title says 6 best free VPN Apps for Android? I am a man of my word and won’t exceed 6(six). You can crucify me later.

Here’s where I put my hands to rest. I hope you enjoy using any of these free VPN Apps for Android. You could try all six Apps and make your choice. If you are looking for free VPN Apps for your Android device? Trust me, you will surely love one of these Apps.