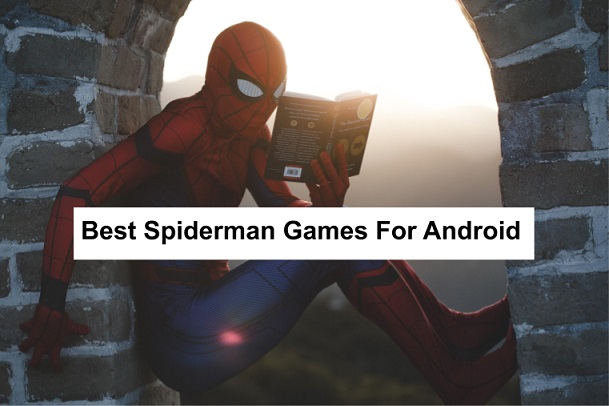 Spiderman is a hugely successful superhero character who has grown into popular culture and being incorporated into mainstream media in different ways.

The movie of the same name is usually a success upon every release, the game is also no different.

There are several game developers coming up with their own versions of spider and most of them suck. All they really care about is cashing in from the popularity if the character. Right here on this blog, we will show you my list of 7 best spiderman games for Android.

This is a new spiderman themed game in a completely open world, but also with an exciting storyline.

You’re the destroyer of bad guys in this city. In this villain infested city your goal is to protect the people and properties and battle the cybernetic clones. The game has a story missions to guide you and make gameplay straightforward for you.

You get to fly on a hellish cannon, shoot from the rocket launcher, shoot webs at enemies.

This game is free to play and requires no upfront sign up or Internet connection to get started.

You’re the hero in this game. Hone your spiderman character in skills and accuracy to prepare him for the continuous battle of never ending bad guys. You get trained by legends for betterment on the roof building so as to prepare your endurance skills to the utmost level since the bad guys never seem to finish.

The quest awaiting you involves shooting down terrorists, gangsters and shadow mafia robbers.

Choose your favorite hero amongst other big hero as well and defeat mafia criminals of crime states.

The game allows you to have a superhero vs superhero, battling and defeating them will increase your chances against shadow mafia robbers.

There are 5 exciting missions and you get real spiderman abilities like sticking wall to wall, flying and throwing web. In the game you’re allowed to make your own combo set and fly around with a rope.

The graphics are below but the game is addictive nonetheless

This is a driving simulation game. If you’re familiar with Dr. Driving or Taxi driving games then you will easily get your way around this game. Though the gameplay is overly simple as well as basic, you will still need to improve your driving.

Remember, you’re a superhero and your city is spurning countless villains. You’re the only person the people look up to and you’ve to protect them.

Put the city back in order and let peace reign once again.

As the hero in the game, you get to patrol streets on a high-speed car equipped with everything necessary to track down and detain intruders.

Increase the level of mastery of driving, accelerating to the limit speed in the pursuit of bandits.

The scene of the game is set in Vegas which is overrunning with big gigantic monsters and Gangsters, Mafia, Thugs, and Criminals are ruling the Vegas City. Your mission is to stop them and defeat them by your supernatural thoughts and strategies. Besides, you have an added advantage, your superhero powers.

Mad Octarious, the villain has to be subdued from continuously spreading horror and terrorizing the city.

Complete all tasks one by one and be the Super Spider Web Hero of Pure Vegas city, a worthy title for all your accomplishment.

Strong characters are your enemy in this game and they kidnap people and loot bank cash vans, stealing diamonds and money. You have to beat all the villains and criminals to set Vegas free from the grip of these criminals.

You’re underground and at all cost have to avoid getting hit or else that’s game over.

Dig as deep as possible and avoid rocks and the giant centipede. With every high score you can share them with friends.

• Fun and suitable for all ages

This game was developed ny MTS games. In this game you get to be behind the wheels of beautifully designed bikes, as you face the toughest air paths and dangerous sharp curves on the planet.

With every completed mission the levels are gets more difficulty so remember to upgrade your bikes as the game progress.

The real challenge is to perform crazy stunts on the mid-air tracks by avoiding possible falls.

In this game, you get to create the hands of spider man and choose where to shoot his web.

There are several costumes for you to choose. Afterwards select the fixtures for the web.

The more web shoots you get accurately the more you get money,l to buy new equipment, improve and as well upgrade

You don’t need Internet connection to play this game.

Most of these games graphics are just a little above par but they’re very addictive. This can be seen from their ratings which are high.

The links provided for you are to ease things up with just a click you can download from my list of spiderman games for Android. Hope you enjoy them!