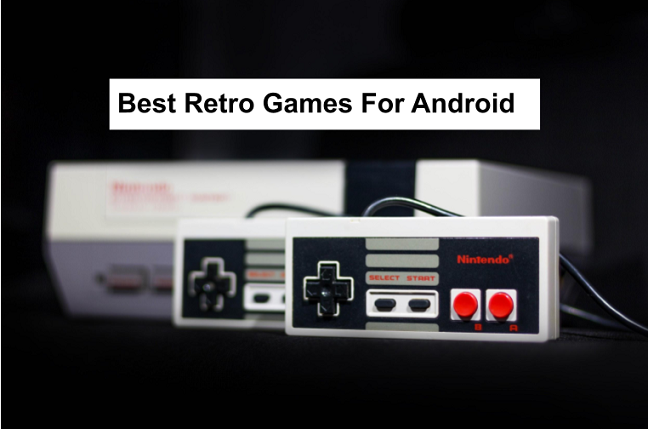 Remember the good old retro days? with cool retro games? The advent of android brought newer kinds of games but no doubt those retro games were and are still masterpieces.

To feed our nostalgia of retro games, some developers made android mobile device versions. We have curated for you some of the best retro games for Android

This retro game is world famous and the android version as well did not disappoint.

With the marathon mode feature, you can create the perfect strategy and keep your lines clear with endless Tetrimino action. Get coins and exchange it for power-ups.

Show off your skills in the new Explorers Mode. Challenge other players in a competition and see who has the pro skills.

This retro game was one of the world famous brick games available back then. It was a kid’s favourite companion.

Just like the video game this as well features two colors (white and black). You can compete with friends and see how well you rise in the global leaderboard.

The app is lightweight and works on all mobile devices.

Another retro game for Android on my list is good old duck hunt. I remember when my Dad was alive, he loved playing this game with me as a kid on my 16-bit video game.

This addictive game of hunting ducks to get points has also found its way online. It was released on the 4th January 2019 and it’s recommended you download it to have that nostalgia the game offers.

The basics of this game (eat power pellets, chase the ghosts, and beat the mazes). As simple as this sounds this game is addictive and a boredom killer.

One of the world famous arcade videogame has also found its way on android for free.

Earn points as you guide pac man through the maze to eat all the pac-dots and fruits while avoiding the pesky Ghost Gang!  Or turn them blue by eating a power pellet to chomp on them!

Who can forget the retro addictive gameplay of this pop culture icon?  Remember all those countless hours of free time and quarters spent at the local arcade back in the ’80s?  It’s now time re-live those wonderful times right here on your mobile phone.

The Sonic game that had you running around various zones is now free to play.

The game was first released in the US on June 23rd, 1991. It took the creator Yuji Naka almost a year to finish designing Green Hill Zone Act 1. The music composed was composed by Masato Nakamura of Dreams Come True fame.

And just as it was back then so it’s now. Race at lightning speeds across seven classic zones as Sonic the Hedgehog. Run and spin through loop-de-loops as you collect rings and defeat enemies on your mission to save the world from the evil Dr. Eggman.

This Sega game is still as interesting as you can remember in the old days. The nostalgia will soothe your nerves.

• The game’s legendary soundtrack has been fully re-mastered.

• GOTTA GO FAST  game mode allows you to challenge yourself

• Exclusive support for the Power A Moga, Nyko, XBOX, and all HID controllers.

During Sega and PC days, this game was one of the best action games. Every kid and adult were engrossed in it. And now it’s back and readily accessible (your android device).

Super Mari can be downloaded for free and after you purchase the game, you will be able to play all the modes with no additional payment required. You can try out all four modes before purchase: World Tour, Toad Rally, Remix 10, and Kingdom Builder.

SEGA’s cult beat ‘em-up is back and readily accessible on your android device.

The main programmer was Akitoshi Kawano.

Mr. X is back, and he’s thirsty for revenge! After kidnapping Adam Hunter, Streets of Rage heroes Axel and Blaze join forces with Adam’s kid brother Skate, and wrestler Max to bring him to justice. Utilize all new blitz attacks and breakout moves in a city crawling with criminals and thugs, and put an end to Mr. X’s crime syndicate once and for all!

• There are four playable characters

• Save your progress at any point in the game.

Yet another amazing game on my list of best retro games for android. This retro game relaxes your nerve and keeps you hooked into it.

The game is free to play and has various types of balls to choose from and better your gaming experience. A much more admirable feature is its non-requirement of Internet connection. Multi-play supported. It works perfectly on a tablet device.

This is an arcade space shooter game formerly on Atari.

Though the graphics and features have been enhanced but the game mission is still very much the same.

You are the astronaut who will control your rocket into deep space surrounded by asteroids and sneaky aliens. Destroy and avoid hitting any of them.

• Accurate use of physics in the game.

• Supports both tablets and mobile phones

This game was put together by libGDX and box2d.

This game is back and your main objective is to shoot all alien invaders in space.

This is a space war game and only you can put an end to it.

• Find your way through endless waves of original enemies, including the Bee, Butterfly, Scorpion and many more.

• You get to play as Galaga fighter, as well as other legendary Namco Star ships including Xevious, Galaxian, Star Blade and many more.

• Enhance your space gears by upgrading and leveling up.

• Laser, explosive shot, space mines, ghost shield, and many others are part of your spaceship weaponry.

Now there you have it. The best retro games for android. Click on each provided play store link to access the game and install them. Have a fulfilled time playing them.