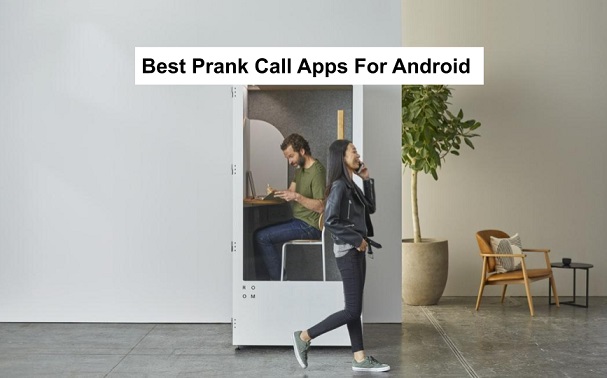 Prank calls can be used to check the loyalty of your boyfriend/girlfriend or just to pull a silly stunt. In some more serious cases, you can use it to get out of a boring meeting or awkward situation.

I’m sure you have heard of prank call websites before.

To pull a prank call successfully, it has to look believable. The interface, voices, and controls all have to work seamlessly.

Here are some of the best prank call apps for android users.

This app was released recently. It lets you pick a caller name, number, and picture.

There are several ringtones to choose from in the app, or you can simply just use a song on your device.

There are numerous practical pranks to choose from on this app. These pranks are recorded by professional voice actors. You can pick any of these pranks, then dial a contact on your phone. Once the caller picks the call, the prank goes off. The call can’t be traced to you, because a different number is displayed to the contact you dialed. This completely masks your identity.

Calls are made using your wifi and not cellular service. This also helps in masking your identity, because your cellular provider won’t be visible.

There is a social feed for the best reaction during prank calls. You post your own prank calls or listen to other members own.

This app is very easy to use. Just a few clicks here and there and your prank is ready.

You will be required to create a fake caller id number, with a picture, either real or not, it depends on what you want. You will have to select a ringtone on your device to make it more believable. You will schedule when you want the call to happen.

There are also several prank themes to choose from.

This app creates fake calls similar to how an iPhone would. Besides, it has a variety of personalized features. You can schedule the prank call for a later time.

There are built-in ringtones. You can as well import a song from your device instead.

Record your voice to start talking to you when you answer the fake call. Adlib your end of the conversation to make it more realistic.

The app simulates an incoming phone call with your chosen caller name and number.

You can fake your call to look like it’s coming from a celebrity. Your recorded voice will be played the moment you pick the call. To have the voice of a celebrity talk, you will have to record your voice on a voice changer app, then tune it to sound like any celebrity you want. Afterwards, you will export it to your phone storage, and then import it onto Fake Call.

Add an image to the spot meant for the selfie camera to make it more realistic.

You can also create an incoming call and outgoing call screen. The video output of your video call will be of high-quality. You can also screen record during the call.

The interface of this app is smooth and professional. It has an all-black template.

There is a timer which you can use to schedule the fake call. Unlike most of the apps on this list, you can choose between a ringtone or vibration. This app doesn’t support outgoing prank calls.

Amazing prank call requires permission to your hardware controls, so as to set the vibration, and also system tools which allow the fake call to happen even after rebooting your phone.

When making a call, you can change your voice to another gender or something comical or horrifying.

The available voice types are boys, girls, man, woman, devil and so on. Whatever your motive is you can always find one you can use.

There is a voice record history which keeps track of your fake voice calls.

Also, you can record your voice without making a call. The recorded voice can be used as a ringtone and shared with friends.

This app gives you a bit more personalization features other than the usual ones. You can edit not just a contact name, number, image or ringtone, but also edit your call theme and include some blurriness.

Call Prank is regularly updated with new voices to choose from. And so far, it’s one of the best prank call apps for Android which doesn’t have bug issues every time.

You cannot include a voice in this app, but still, it is a very efficient app.

It’s s better option whenever you want to get out of a boring meeting or an awkward situation.

You can schedule the fake call based on seconds or minutes. Also, there are characters you can use, such as the police, girlfriend, pizza and so on.

Almost all these apps are lightweight and work on all android versions. Though most of them have a terrible interface, they’re still the best out there when it comes to bug issues and realistic features.