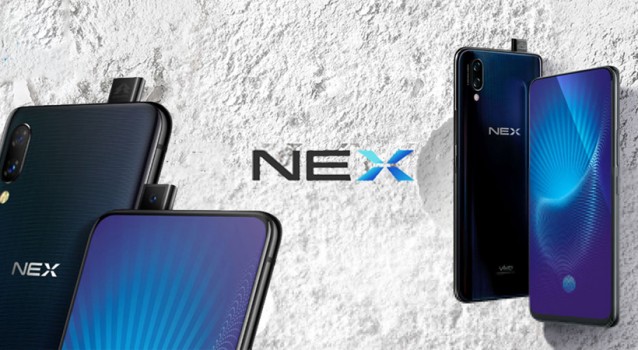 Best Phones with Pop-up Cameras and Sliders in 2021

Best Phones with Pop-up Cameras and Sliders in 2021

Now that Apple and other Android developers as adapted to the notches design in the recent year, various smartphone makers like Vivo, Xiaomi, and Huawei are trying to bring a new version of slide phone. As many smartphone users are not a fan of the notch display. It brings a smile to see Android developers coming out with a new design which is different from the notch to house the camera and face recognition feature. This new design of smartphones with sliders brings back old design to the modern world. Without further ado let move to the list of best phones with pop-up cameras and sliders in 2021:

Vivo being the first smartphone to kill notch with the 8MP front-facing camera on a micro-stepper motor that lets it elevate very precisely. The Vivo NEX make your bezel-less, notch-less device with the camera hidden inside the phone’s body, popping up automatically from the top as the user switch to the front camera and automatically hides inside the phone immediately the camera is close.

The most eye-catching thing about the Oppo Find X is the pop-up mechanism which hosts the dual camera setup on the back, with a 20MP sensor at f/2.2 and a 16MP sensor at f/2.0, behind a shaded window that blends with the rest of the back plus 3D facial recognition sensors on the front. According to the company, it pops up for selfies as soon as the device is turned on and authentication in 0.5 seconds.

One of the crazy thing about the Oppo Find X is that it doesn’t feature a fingerprint scanner like other Android devices. The only biometric security on it is the face unlock feature which is completely secure.

Unlike the first two devices (Vivo Nex and Oppo Find X) Xiaomi Mi Mix 3 totally brings back the manual slide up design. The manual sliding mechanism with neodymium magnets used to lock the slider in place when open or closed. The Xiaomi Mi Mix 3 slide which Xiaomi claims can withstand 300,000 cycles houses the front-facing camera, but it can also be customized to answer incoming calls or launch certain apps.

The device doesn’t include an in-display fingerprint scanner like the Xiaomi Mi 8 and Vivo Nex but rather future the popular rear fingerprint.

The Honor Magic 2 is jam-packed with ambitious and cutting-edge features similar to the Xiaomi Mi Mix 3 with an old school sliding mechanism by pushing upwards at the back. The Honor Magic 2 also packs six cameras, with three on the back and three on the front, but the rear camera setup differs from all other triple camera phones released in the recent year.

The device security features face unlocking via IR technology plus an in-display fingerprint sensor like the Vivo Nex.

As the year is going into ending Lenovo release a mid-range innovative sliding mechanism, the most accessible priced slider camera phone in 2021. Lenovo z5 pro looks much like the resembles Xiaomi Mi Mix 3 and Honor Magic 2.

when it comes to security, Lenovo z5 pro features has the fastest in-display fingerprint scanner.

These are the best phones with pop-up cameras and sliders in 2021  in our opinion. What do you think? Be sure to let us know your thoughts in the comment section below.

next Samsung Galaxy A20 Review: Wide And Fast