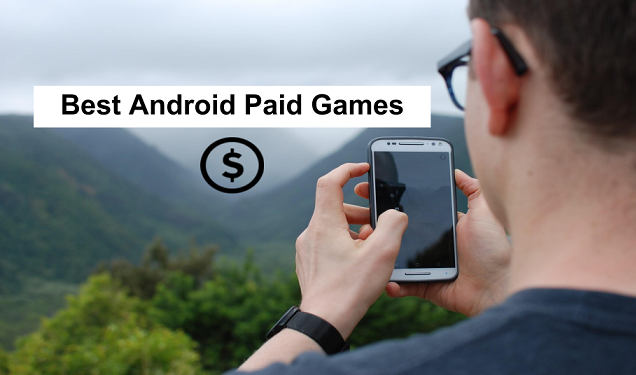 Some of us love playing free games and there are other big boys that fancy paid games. If you are among those people that fancy paid android games, you should read this!!.

But then, Paid games can be a source of worry.

How? Well, this is because we basically don’t know if what we are paying for is worth the price.

Sure there are written reviews and youtube reviews too to mention but a few. But we still need that extra reassurance that our money is not about to go down the drain.

The second on this list of best paid Android games is NOVA 3. A legend is reborn and mastered.

This game right here presents you with high graphics, an unforgettable sci-fi experience all in a compact version of this first-person shooter game.

From the makers of Samorost series, Botanicula, and CHUCHEL. Amanita design brings you Machinarium an award-winning independent adventure game.

Follow the storyline of Helping Josef the robot to save his girlfriend Berta kidnapped by the Black Cap Brotherhood gang.

Amazing paid Game for Android I must say!

This paid Android game is really going to blow you away. A really impressive RPG  which contains

Regardless of the number of this on the list, it’s among the most competitive paid Android games.

Okay, The next game on our list of Best Paid Android Games is NBA Jam. Jam to your favorite NBA all-stars from different teams from team plays to 2 on 2 showdowns.

You can play in 4 different modes such as play now, classic campaign, local multiplayer and online multiplayer too. 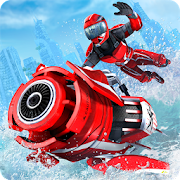 This is a game that is all about hydro jet racing.
The game has got different modes of play such as thrill mode, deep career mode, online multiplayer, split-screen multiplayer and challenge mode.
Here you can transform hydro jets and upgrade to amazingly fast pieces of machinery.
Download

Hitman sniper is our next best Paid Android game.

Featuring more than 150 missions and 10 different contracts, tactical missions and 16 unique guns, you can become the ultimate assassin in this game brought to you by Square Enix Ltd

Hit-man sniper is a first-person shooter game that is very realistic and worth more than the price paid for it.

Lead your robot to greatness, fame, and valor in this action-packed game.

The game features nothing less than 65 robots of different shapes, sizes, and heights.

You can also use your custom made robots to make everything more personalized. Also featuring multiple battle arenas.

This game is a great killer of time!

A bonafide assassins creed game that can be gotten for 60% less.

You can choose to play as Shadow Blade, Trickster, and Thief.

You can also customize your assassins.

There is also an endless limit to missions and possibilities, watch Ezio as he performs his killer moves and assassinates targets in grand style.

With never seen before graphics powered by NVIDIA. It’s a top contender on this list on best paid Android Games.

So, A friend of mine asked me to include Predators on this list of best paid Android games.

Predators Brought to you by Angry Mob Games, The creators of Guerrilla Bob and Muffin Knight.

This is a game where you hone your hunting skills as an alien predator trying to be a full part of his clan by hunting down a group of elite human assassins.

From the popular TV show Teen Titans comes this fun-filled game that’s not far from the activities of the characters of the TV.

You can engage in teeny combat, get up to 77 collectible items, engage in 3 on 3 combat too.

What’s a better part? you don’t need to refill your energy!

Just jump into the duel whenever you feel you can defeat the boss(TITAN).

You also get to play in 7 different provinces until you get to himself.

Here’s where I wrap up. Now, the games listed in this article are picked on personal preference, user reviews and a lot of other factors. If you like you could do more in-depth research on the games listed in this article before making that bold move to buy or pay for the game on play store. However, I did my research, I did it well and I love all the games. There’s a little guarantee that you are gonna love them too, this depends on your personality though.

So, Time to go, I really need to finish this cup of coffee waiting for me.

Thanks for stopping by!