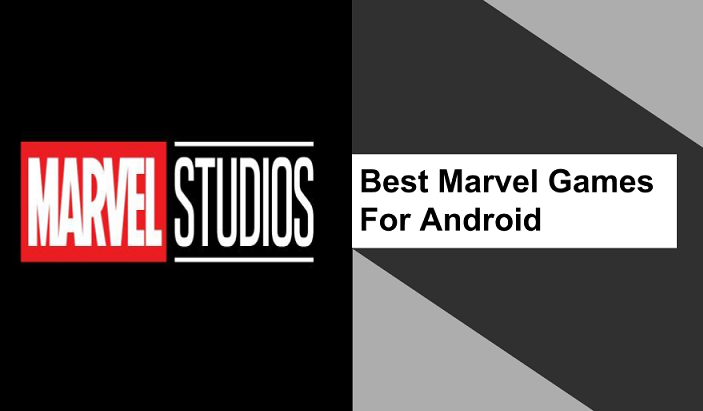 Hi there, I’m here again with another exciting topic that will metaphorically blow you out of the water.

I’m talking about best Marvel games for android. These are some of the most top-rated games on android play store today, graphics and gameplay are top-notch.

Marvel comics, founded in 1939, in the city that never sleeps (New York City), New York, USA has been a global success in publishing and creating unique and captivating characters like Spiderman, Ironman, Captain America,  and these Heroes will feature in this list.

Without a shadow of a doubt, Marvel games are ”amazingly outstanding”, as my boss would say. If you are a lover of action, fighting, shooting games, and searching for some Marvel action, look no further.

This Article will totally be unfit for readers if I fail to put this game and make it number one on my list of best Marvel games for Android.

This game is by far on the top list of best Marvel games for Android, the best popular graphics game on Marvel with smooth controls, gameplay, and some fighting (combat mechanics). Also, there is an online multiplayer feature in addition to its campaign mode to keep things interesting in the game.

These games have over 2 million+ downloads on the google play store this shows you the extent to which the game is loved by gamers out there, it also has a good number of ratings to follow. So, stop stalling, get your Android device, and follow the link below to download your very own marvel contest of heroes.

NOTE: For better gameplay, I advise you to leave your mobile Data connection on.

This game has sweet gameplay and lovely controls with a couple of other spider-powered superheroes to choose from Spider-man unlimited, actually not that highly rated on google play store, but still has 30 million downloads, so I’ll say it has earned the right to be on my list.

This is yet another very popular amazing marvel game. This particular game, like most Marvel games for android has character collecting operation, with an upgradable feature accompanying each character, and also a feature that allows the player to have access to superheroes and villains as well if they wish to.

Trust me, this game is a whole lot of fun waiting for you to come and have some fun time. the game is free, but it does offer an in-app purchase along the line in the game so feel free to purchase and get back to the fun. the game also has smooth controls and gameplay with a good enough graphics to keep you interested.

Strike Force is yet again an entertaining good graphics game, with better gameplay and controls as well to give the player better control over his objectives and character control in the game. There is a character collecting feature in the game as well as level-ups. So, be sure to keep playing and progress in level to keep things interesting.

The objective of this game is for a team of heroes as well as villains to assemble primarily to combat and fight against the legions led by Ultimus that has for the time being put earth under siege, and to free her before it gets too late.

Now, this is a unique marvel game for android, I know you’re expecting less action and more logic, too bad am going to have to put your expectations on hold for a minute because, this game, though its a puzzle kind of game it has a whole lot of action within.

You can attack and damage enemies by moving matching tiles of the same color, and extra damage can be done by destroying tiles.

This game will turn out to be very addictive so be mindful. have fun play and kill boredom.

This is a real superhero fighting game, you will surely enjoy the gameplay and real championships. The ultimate objective of the ultimate superhero avengers immortal Gods arena wars is to defend and protect their team from their opponents, fighting techniques such as flying kicks, martial art skills, and superkicks are applicable.

Anyone can truly enjoy this game, its fun and it keeps getting better as the stages advance. It’s such an amazing imaginative fighting game in which you do not only have fighting action but can also win championship world battles as well. It’s a fruitful war game that will satisfy its players, so no worries for this game, go on and start downloading.

First off, this game is all about a villainous and notorious criminal named Count Nefaria who got his hands on the powers of hydra’s most superpowered villains and now he has set off against Cloaks link to the dark force dimension. Now Cloak and his partner must rise up and team up to defeat Nefaria.

As usual, Marvel has come out with another outstanding action-adventure game, that is really dope men. I just keep falling in love with marvel’s creativity and graphics, how about you? why don’t you join me? you’re just a click away from the experience of the Marvel universe.

I really don’t want to go into many details of the gameplay and all of that stuff, the gameplay, graphics, and controls are cool, that’s basic. All you have to do is click the download link below this article and see it for yourself, it is amazingly outstanding.

This spiderman game is truly amazing, the graphics are smart and good, gameplay and controls are easy and adaptive and the adventure missions are totally intriguing, so, I really had to include this particular spiderman game on my list.

Basically, everyone loves spiderman, it’s quite easy to fall in love with a spiderman game especially when the mechanics of the game is amazing, it’s addictive too but the downside of this game is the fact that its a paid game with a few in-app purchases.

This game is an action-packed adventure filled game, with thrilling graphics and pretty amazing gameplay. The only downside of this game is the fact that it isn’t freemium. It has an episodic feature, what most marvel games don’t have, I would say that is what makes this game really special, despite the freemium ish.

The very first episode of the game goes for $4.99 and the rest of the episodes are available to you on in-app purchases. With the episodes, you can play through a ton of stories in the game with available characters from the movie itself and its comic. Despite the frustrating no freemium, the game is totally worth being bought and played.

This is an outstanding marvel game, from the movie and comic. The game features Odin’s son, from the character of Thor the movie, fighting to defeat the dark forces of the Dark Elf Malekith, with one of the most powerful weapons on marvel Thor’s hammer.

Heimdall and Volstagg and other heroic characters from Thor the movie also feature in this game, and they will also fight alongside Thor.

alright gamers, this will be the last game on the list but I must say this game is really good. It’s pretty decent. The controls are on point, although the default control when first installed is tilt control, which could be quite disturbing and embarrassing if your playing this game in a public environment.

The controls, however, can be adjusted to suit your taste in the settings pane.
Iron Avenger offers a ton of missions and credits that will enable you to upgrade the iron man suits. The objective of the game is pretty simple, fly through various terrain, getting power ups and money, dodging danger and shooting villains, standing in your way. after every mission, the rewards you’ll receive will enable you progress into other missions and buy a ton of other iron man suits, with different advanced special attacks and features.

There you have it folks, my personal picks on the marvel games for Android device. These games have been tested and played by my humble self and trust me when I say there are worth being on our list. The first game on the list is the overall best I must say. The Graphics is totally amazing, the gameplay is wonderful too.

I have a plea though, Marvel developers and others should put more interest in developing more, there are really not many marvel games out there. What do you think?

So, this is where I have to leave you. Thanks for stopping by to read this post. I hope to see you sometime soon.