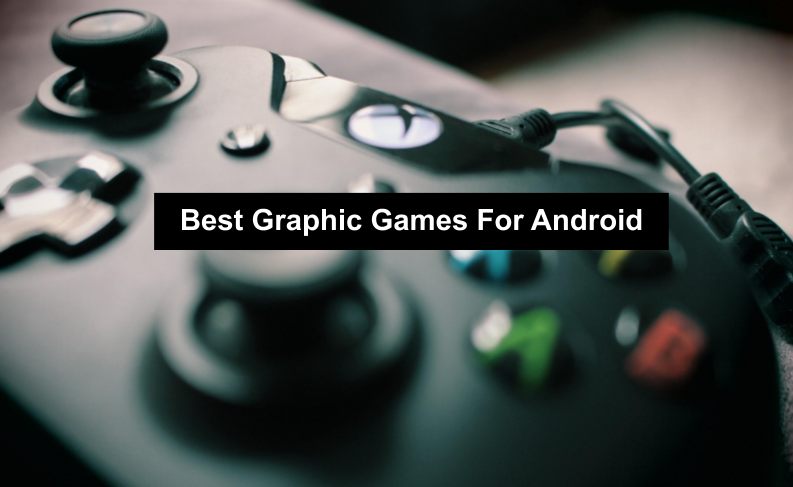 I have a problem and I don’t know if I am alone in this world. Want to know the problem I have?

’80s and 90’s kids, At some point in our lives we played a bunch of games with low graphics, but that was back in the day.

A lot of new game consoles have been introduced in this Era, and this has made my love for High graphics games to increase.

Thanks to some amazing Android developers, not only those with game consoles can enjoy good game graphics.

In this article, I have listed 12 of the best graphics games Android, all the games listed in this article have been tested and are trusted by me. You are going to love all of them.

Brace yourselves, it’s about to get really exciting;

If you want amazing graphics, you should be ready to let go of a lot of internet browsing data. If you have WiFi, that’s great. Call of Duty is one of the best graphics games Android 2021. I cannot overemphasize how amazing this game’s graphics is.

No one loves it when games come to an end, don’t be bothered, this game has a lot of missions to play, you can even connect with your friends and play for the ultimate crown. Make sure you have space on your Android device before going ahead to download this high graphic game for Android.

Here’s another game worthy of being on my list of best graphics games in Android 2021. Shadow fight has been around for a long time, the developers made a better and more loaded version (Shadow Fight 3). In this game, you would have to battle a lot of opponents, from not so difficult to very difficult ones.

Explore a huge world, fight in different locations and collect gear while you progress, the gear you collect will do you good. The graphics of this game is to die for, my little brother loves this game more than every other graphic game for Android on my list.

So, while compiling this list, I decided to add a touch of all kinds of games with amazing graphics, not just shooting or fighting games. This running game is not left out of my list. Vector was one of the first set of amazing games I played on Android. From the body movement of the character to the scenes, everything about vector is amazing.

Although this game basically displays a black interface while playing, I still think the developers did a great job of creating something that looks realistic even with the dark running characters. If you haven’t played vector before, you are missing out on a lot of fun.

Yeah, I had to include a zombie game to the list. This is one of those games that will not only amaze you with the graphics but also make your heartbeat increase. The walking dead is one of the best games on Google play Store and it has gotten a great number of downloads and positive reviews.

Your duty in this game is to build up your team and plot the perfect plan that will help you survive. This isn’t one of those easy games, get ready to battle with fierce opponents.

I would be a joker to not include a soccer game for all soccer fans out there. When it comes to amazing graphics, FIFA is a force to be reckoned with. It’s amazing how soccer graphics have evolved over the years, I remember when playing soccer on Android back in the day was very annoying. The graphics of this game is amazing but don’t expect too much as you would from a Play Station console. Nahh!

In this game you can build your ultimate team, and participate in lots of tournaments. You can even play head to head matches with your friends, best part about this game is that it doesn’t lag or glitch a lot, just have a strong internet connection and you are good to go.

Modern Combat fans might come to my head if I don’t include this game among my list of best graphics games in Android 2021. Modern Combat is one amazing game that you should have on your device if you are looking at high graphics. This game is a First-person shooter game.

There’s a multiplayer mode in this game, you are required to gather your team of elites and battle to the finish. The controls are unique and smooth, I mean, what’s a great graphic game without smooth controls. If eventually you choose to download this game for Android, you will be glad you did.

This is one game that brings you console level graphics., Console level graphics is the kind you’d have or experience while playing console games on your TV. This particular game reminds of Skyrim, have you played skyrim on console before? You’d love this game.

I think Evil Lands in underrated. Download it now and thank me later. It has a 4.3 star rating on play store, that alone tells you that a lot of users have played this game and liked it. It is one great and simple game you won’t want to ever delete from your Android device after downloading.

Mortal Kombat fans can smile now. I have included their game on my list of best graphic games for Android 2021. I have been playing Mortal Kombat for years now, the first time I played Mortal Kombat was on my Sega Game console. It was fun back in the day and it’s better now with the new and improved graphics on Android.

In this game, you get to choose from 130+ characters, trust me, you would find your favorite character in this game be it Noob Saibot, Liu Kang, Sub Zero, or just about any popular character in the Mortal Kombat world. There are lots of locations to fight in and lots of finisher moves to perform.

I decided to include this boxing game on my list of best graphic games after my little brother begged me to. I underrated this game at first but after playing for a while, I realized it was totally under-hyped. From the body movement to the reactions of players is totally amazing. The developers actually did a great job on this game.

In this game, you can train your novice boxer until he or she reaches the top. I had a couple of fails while trying to play this game but with constant training, I can boldly beat my hands on my chest and say, I am a force to be reckoned with.

I have always been a fan of War games, I would not want a real one to happen anytime soon, but the feel of having a gun and joining my brothers in arms to fight till the finish is an amazing experience. The graphics of this game is to die for. The developers did an amazing job mimicking the actual look and feel of a real battle front.

In this game they are a lot of realistic guns to choose from, your task is simple, destroy the enemy and survive attacks. There’s also a deathmatch mode where the rule is “every man for himself”. You’ll love this game if you are into war games.

Remember, speed kills especially when you are coming down from a mountain but not on this game. In this game, you can speed, drift and drive all you want without having to bother about ending up in a hospital bed with broken limbs. Asphalt has been around for a long time, as years have gone by, the developers have upped their game on graphics.

The graphics of this game is amazingly outstanding and very realistic. In this game, you’ll have access to drive some of the most beastly cars ever seen. The controls are easy to use, but beware of your opponents, there were not created to mess around.

The last but not the least game on my epic list of best graphics games Android 2021 is cover fire, this game has all shades of amazing. You will love the gameplay and most especially the storyline. I love the weapons that are available to choose from in this game. Your duty in this game is to lead the battle and be the best sniper.

The best part of this game is that you do not need an active internet connection to play it. I would consider adding this to my list of best offline games for Android. Download Cover Fire and you would be glad you did.

That’s a wrap on my list of best graphics games Android 2021. I hope you love them. Like I said earlier, all the games that have been listed in this article have been tested and are trusted by me.

So, you have a glimpse at my list, I would love to see yours, have you played any great graphic game for Android that I did not include in my list? Tell me in the comment section and I will add it immediately.