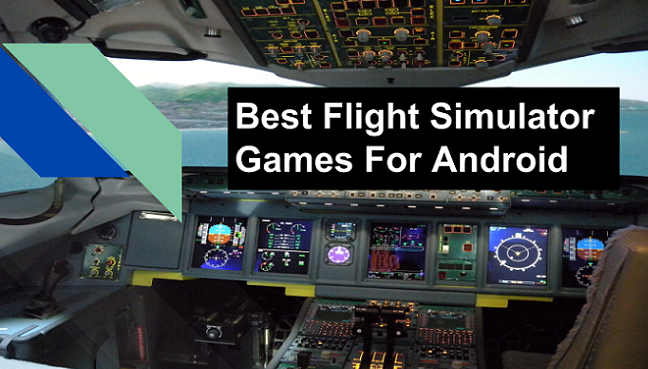 What is a simulator? Well, in my own words, a simulator is the imitation of a real-life scenario. Today’s article is about flight Simulator games for Android.

The best flight simulator games for Android phones are the ones that leave you coming back for more.

You could decide to go to play store and search for the best flight simulator games and see many options and get confused as to which one to choose.

That’s where I come in to help.

A few of our favorites have been listed out below. Enjoy! This here is rated as one of the best flight simulator games for Android 2018 and that’s why we’ll kick off our list with it.

It presents a very realistic and interactive user interface with a wide range of planes to pick from. The game has various challenges like putting out fires, rescuing people from the ocean and blah. It’s really a flight simulator. Experience real flight situations with this mobile flight simulator for Android by navigating through regions of the world with high definition scenery.

It is accompanied by realistic atmospheric conditions like the sun, moon, and stars and you can also customize the day and weather conditions. Navigating a plane from the pilots’ point of view takes a different light with this real flight simulator for Android phones.

With a variety of planes, like the Air Force One, and tasks to choose from, this is a must get for anyone with a thing for sim planes. This is one of the best combat flight simulator apps that lets you use clever strategies to defeat your enemy. It comes with real World War 2 fighter planes and a wide range of weapons to help kill enemies whether in face to face or long distance combats.

With cutting-edge 3D graphics and an exciting BOX effects, we see no reason why this shouldn’t be on our list of best flight simulator games for Android 2018. With over 50 million downloads in Play Store, this real flight simulator for Android puts you in charge of a 3D commercial jet that has to get to certain destinations within a specific time limit.

It simulates real-life flight experiences that help you see what it would be like to be a pilot. For my people who want to bring the battleground to their mobile phones, this one is for you. Plan missions, destroy targets and discover new weapons with every new aircraft you unlock, all from the cockpit view. You can fly military and regional airplanes, train to be a better pilot and challenge yourself with missions, with this game. Fun, Yeah? Fast and a little furious can happen with planes too and this game makes it possible. Being one of our best flight simulator games for Android 2018, it has a lot to offer like 20 different level already unlocked and various army fighter jet models.

If you love air fighter games for Android, getting this would be a great idea. When realistic flight physics and 3D effects come together, what we have is a beautiful, real flight simulator for Android.

This game lets you fly real life supersonic jets and military aircraft through over 10 mission types from pilot training to master class. As you may or may not have noticed, I have a thing for the best android plane shooting games and this is one of them.

This game, like all the best ones, is played from the cockpit view for a real-life feel. It comes with different battle scenarios and war zone locations to test your flying skills and is also gyro supported for you to have the best experience while navigating and flying your army plane.

So there you have it, the best flight simulator games for Android phones 2018. Tell us what you think and let us know if we missed any of your personal favorites.