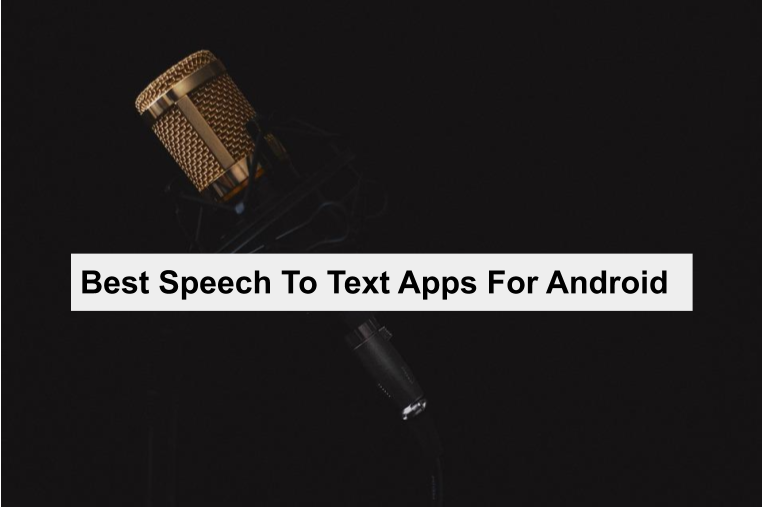 Time has always been of the essence, and there is always scarcity of it. Time is never enough, but there are several apps out there which can help you minimize the time spent on some tasks. Audios to texts are one of such apps.

This type of app is not just for the deaf or visually impaired. Anyone who wants to get much done in less time will find this very useful.

Either for professional or individual use these apps will still perform your task for you with less stress.

Alright, check out my epic list of the best dictation Apps for Android | speech to text

This is a dictation notepad with voice recognition which converts your speech to text.

Unlike most speech to text apps, speech notes do not stop its voice recognition even when you take a break to breathe or think.

There is a built-in keyboard which lets you easily input punctuation or symbols when needed.

You can access this app offline, but for better performance, it’s best to use the online mode.

This app also works with other messenger apps aside from your device built-in SMS.

Once you’ve dictated your SMS through voice recording, pick the contact you will like to send it to and off it goes.

There is a dictionary parsing feature which inputs symbols, like a comma, full stop, etc, all you need do is to say it.

You can also enter the receiver’s number by voice.

You can record and take meeting notes in real-time when using this app.

Transcribing of videos, podcasts interviews, lectures, webinars and keynotes are also supported. Deaf people and those with ESL will find this app very helpful. There is a live captioning feature which is useful for people in such cases.

During playback, you can use the word cloud and summary keywords by tapping on a word. It will immediately jump to where it was said.

This is one of the best and most-used apps. But a setback most users come across is the requirements of the app.

Over 60 languages are supported on Speech Texter.

This app isn’t very user-friendly, and they could have done better with the interface. But still, it deserves a mention because of its functionality. Unlike similar apps out there, this actually does whatever you input.

Over 70+ languages are supported. You can also input audio and it would be converted to text.

You can share your note using Twitter, Google Hangout, Viber, SMS, Gmail, Whatsapp, Skype and so on.

Just like Speech Texter, this app also requires Google voice input for it to function well. For improved speech recognition it is also desirable you have an Internet connection. You will need to install a language pack for local voice recognition, so if the internet connection is lost, the app won’t give an error.

There are live words and characters counter which suggests suitable words to use. And it’s a convenient app for bilingual voice input.

Switching to the premium version of this app removes ads.

This app is suitable for long notes.

The voice recognition feature is also very sharp. It will keep on listening to your voice even when you take long breaks between sentences.

There is a built-in keyboard you can use for punctuation or adding of characters.

This app is relatively new and requires no in-app purchases unlike most of the apps on this list. Besides, this app promptly catches voice recordings and converts it to text.

Text to speech is also supported.

You can record in any language and your desired text will be presented to you. Several social media platforms are supported, so you can easily share your notes.

To create a new note you will use the speech recognition feature. Afterward, you can transcribe it for editing, using auxiliary actions or a virtual keyboard. To make it easier to find your notes, there is a categorizing feature you can make use of. You can also create reminders with unique alerts.

Exporting of your notes to a machine-readable format (JSON) or as plain text (TXT) is supported.

This app transcripts speeches and sounds to text in real-time. Though it was designed for the deaf and hard of hearing, basically anyone can use it.

You can transcribe in over 70 languages, and quickly switch between languages while transcribing. When someone starts or resumes speaking, the app gives optional haptic feedback signals.

Live Transcribe was made in collaboration with Gallaudet University, the premier deaf and hard of hearing university in the US.

This is a very functional voice SMS writer app. It turns you recorded voice message into text and makes it ready for you to send off to any number on your contacts list.

Write SMS By Voice has a high-quality voice recognition utility. People who are visually impaired can also find this app very useful; because all they have to do is speak into the microphone.

It doesn’t consume much power, plus it requires no internet connection, and there are no in-app purchases.

This app is a very useful language translator app. You can translate from Spanish to English or from English to Spanish, and your result will be in textual form.

This app can also serve as a learning platform. You can use to learn the difficult words in these languages. Moreover, this app doesn’t just translate words, sentences and paragraphs are also translated.

You need to have good internet connectivity because this app makes use of online translation API.

This app is relatively new, and its interface is quite user-friendly. There are over 50 languages you can make use of.

When writing long texts or articles, this app can be a time saver.

Moreover, you can either copy and paste it on any social media/messaging app, or use the supported social media platforms already fitted into the app.

Dictation Apps for Android actually work and can save you from a whole lot of stress.

Most voice to text apps for Android users isn’t functional. But you can rest assured because these apps are some of the best on Google play store.

As always, you can expect Techytab to provide you with the best of the best Apps for Android out there.

tags: how to turn on speech to text on android speech to text android app
previous 7 Best Baby Monitor Apps For Android 2021 | Tested And Trusted 100%
next 10 Best Android Car Apps That You Should Use In 2021