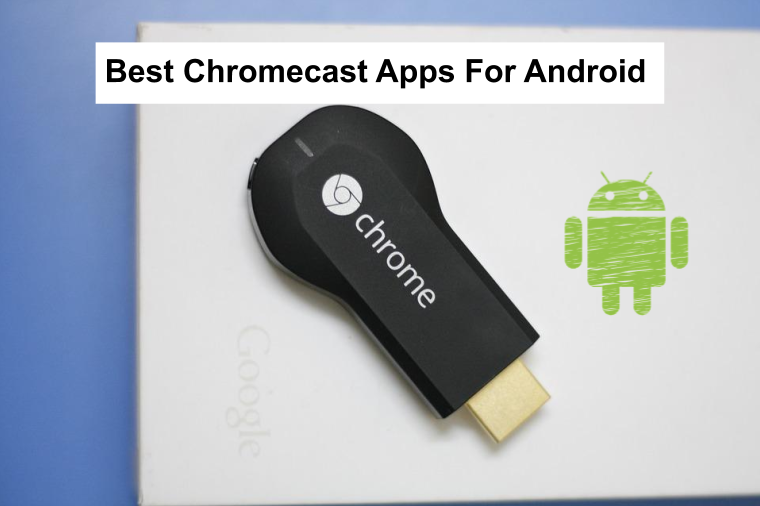 If you’re tired of viewing your media files on your small mobile screen, then it’s time to start streaming to chromecast so you can cast the media on your phone onto a TV.

Ever wondered, what is the best casting app for android? Well, personally I don’t think there’s a particular app that can take the glory, but there are a bunch of apps that are worthy of calling the best Chromecast Apps for Android.

With this app, you can set up and control your Chromecast devices, and several other connected home products like lights, cameras, thermostats, and so on.

Some shortcuts are provided for things we humans are likely to do most, like playing music or dimming the lights when we are about to start a movie. A certain drawback is, not all features are available in some regions. And compatible devices are required as well.

Google home is totally worthy of being on my list of best chromecast Apps for Android.

This app is multidimensional. It allows you to cast to Chromecast, Smart TVs, Xbox One and Xbox 360, Amazon Fire TV, Apple TV and Airplay, Roku, Roku Stick, and Roku TVs and so on.

Once you’ve cast your phone to the TV you can use your phone as a remote control for pause, volume, forward/rewind, previous/next and so on. It also automatically searches for available cast devices and streaming devices as well. It also identifies video, photo, audio files on your device and SD Card automatically.

Cast to TV is designed for music cast, videocast, and photo slideshow cast.

This app is well known and used by a lot of people due to its reliability. You can cast your movie, music, video, and photos onto a TV. Also, you can cast web videos, and stream to the TV from local files on your Android phone.

If you switch to the pro version, ads will be removed, Roku remote control and Roku channels will be available, subtitles and custom themes will also be available, and so on.

This app allows you to send music, videos or pictures from your Android device, NAS (DLNA/UPnP or Samba), Google Drive, Google+, Dropbox, and webpage; onto a Chromecast, SmartTV, Roku, Nexus Player, Apple TV and so on.

This app supports more devices than other chromecast apps you will find for android users.

Opensubtitle.org is integrated into the app. Though subtitles only work with Chromecast and Apple TV 4.

It’s stated on the app that it isn’t designed for children.

This app lets you stream local videos from your computer to your Chromecast or Android TV in full 1080p. You don’t need to wait for a program to index your entire computer or to run a media server. The app sorts these out in the background.

Presently, this app supports AndroidTVs like Sony, Nexus, Nexus Player, Nvidia Shield, and Sharp. Subtitles are also supported as well as localization of languages. You can also stream music.

This is a browser app that allows you to stream online movies, TV shows, and other media from websites to your Chromecast. This app only works with Google chrome cast or any google cast powered device.

While browsing, this app automatically extracts the video URLs inside the web page, and this allows you to quickly send them to your Chromecast device.

This webcast app also has a remote control feature and browser options which allows you to bookmark, engage ads blocker, and make use of Google search engine. Flash or FLV videos do not work on this app.

This app works on chromecast, DLNA, and Smart TVs. When streaming music on this app, it makes use of music receivers from popular HiFi brands.

You can access media from UPnP/DLNA media servers on your local network, media stored on your device, cloud storage, music services (TIDAL and Qobuz), and so on.

Incompatible Chromecast media can be played with smart transcoding subtitles with a custom appearance.

As the name suggests, once you’re connected to a chromecast device, the live background on your TV will be the scenery of the beach. The background isn’t static, it continues to float around. There is also background audio of ocean waves.

The beach scenery isn’t streamed so you don’t need to worry about wasting your network bandwidth.

The aim of this app is to create a serene environment for you. The developer’s creativity on this app makes it deserve a mention here.

Aside from streaming on Chromecast, UPnP / DLNA devices, this app also allows you to make powerful presentations for work, education, or gaming.

You can as well live broadcast everything to Twitch, Youtube Gaming, Facebook, Ustream, and any other internet popular streaming servers; you can also record it to video files.

Mirroring and screen sharing with media players and web browsers are supported.

This app is similar to other web video cast apps on this list. It supports audio and image casting as well.

To access the full function of this app, some requirements have to be met, such as phone state so as to allow the pausing of videos on incoming phone calls, Wi-Fi connection information, access to media and files storage, Wake-lock to keep phone awake while routing videos through phone, accounts/identity required by Google Play Services, and location services.

This is a chromecast app with a drawing game, which requires at least 2 players in the same room before you can start playing it.

A player will pick a secret word and draw it on a phone; the other players in the room will try to guess it. The drawing and guesses are simultaneously displayed on the TV. Players can as well change their usernames anytime.

The game on this app can be played by all age grades and as a family game. It’s a good initiative to use in whiling away time when the video is buffering or something else is loading up.

This app is basically for managing your IPTV live channels and VOD playlists. Chromecast is just an added benefit of the app.

If you do use VLC or IPTV bouquet for Dreambox to watch TV, you will find this app very useful.

A media player is also integrated into the app.

You’ll need to pay a fee before you can access this app.

Users of this app can upload and access photos, videos, and music anywhere at any time. Streaming of video and audios is also possible when using the chromecast.

To prioritize your files you can create and manage a playlist.

There is also a powerful sorting and search function. Plus, there is a friend referral program that allows you to invite friends over to the app.

This app is very straightforward with a very simplistic interface. Using this app you can easily send video URLs, audio URLs, music URLs, and image URLs to chromecast.

To send online videos to chromecast is very easy using on this app. The only downside is, you can’t send already downloaded videos on your phone to chromecast.

Once you cast a video from a website this app will automatically recognize it. Various popular video streaming services like Vimeo, Ustream, twitch, vk and so on are supported on this app.

The last but not the least on my list of best chromecast apps for android. This app is a music player that lets you stream SHOUTcast Internet Radio, UPnP/DLNA media servers or your phone music library to your Chromecast.

Only music is supported on this app, videos aren’t. You can create local playlists, and access your album booklets from within the app when using Minimserver as your Media Server.

Sometimes this app may stop playback and prompt you to upgrade to the premium version. It usually displays ads as well. Once you upgrade the app the ads will be taken off. Though, when live streaming internet radio stations which showcase ads then ads will still appear.

It’s amazing what you can do with Chromecast Apps, All the Apk files listed above can be downloaded on Google Play Store for free. You’ll enjoy using these Apps, trust me.