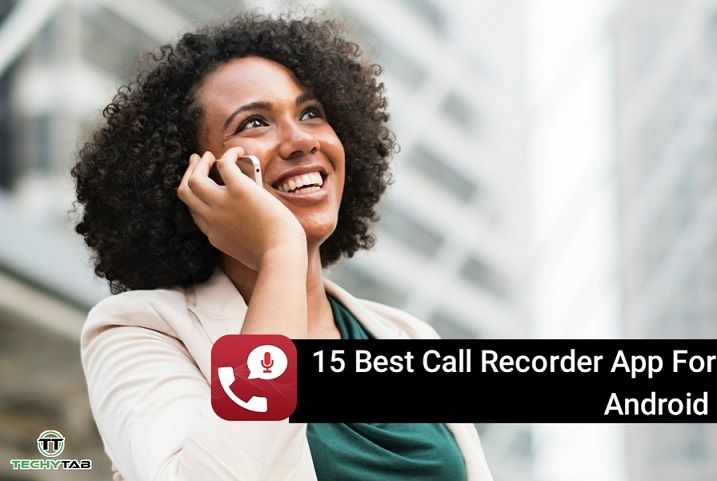 Have you ever tried to record a call as evidence or to prove something? Well, I have the best call recorder apps for Android that can help you record calls on Android.

Well as we may know, most Android phones come with the feature natively While some smartphone doesn’t come with it.

For me, call recording is one of the most important features as it helps me keep information’s gotten through phone calls for future use.

So as the good guy I’ve always been, I’ll be out listing some best call recorder app for android that can help you record and keep track of information gotten through phone calls.

Automatic call recorder app is one of the best App to record phone calls on Android. This app lets you record as many calls as you want.

It also gives you the ability to use three different modes to automatically record your calls. The most interesting part of this application is that you can set it either to record calls of your saved numbers or otherwise.

This app also has a nice integration with Dropbox and Google Drive.

The second app on the list is not just a call recorder but it also allows you to record VOIP services like calls from Whatsapp, Skype, etc. As we might know that VoIP calls cannot be recorded on most devices.

The most interesting part of this app is that it’s totally free to use and does not display any advertisement.

Trust me on this one Cube Call Recorder is one of the best call recorders that you have to experience its functions.

The third app on the list goes by the name Call recorder-Acr. This app is one of the most feature-packed call recorder apps. This app enables you to record both incoming and outgoing calls. It also organizes recorded calls for easy locating.

You can also be able to exclude some numbers from call recording.

One of the most interesting features in this app is that it allows you to Password protect your recorded calls.

So with this app, you are sure that your conversations are safe from danger. That’s worth celebrating !!

Call recorder is one of the favourite for call recording on android.

It also supports the use of blacklist (able to block numbers from calling you).

This app is a one-time bus stop for your call recording. You should totally give it a try!

This app doesn’t only let you record calls but it helps you save them in formats like AMR, MP4, and 3gp. The app automatically records both outcoming and incoming calls and lets you sort and organize them later.

This darling on our list is a free call recording app that allows you to automatically record all your incoming and outgoing calls.

The app lets you save all your records in Mp3 format.

You can be able to choose whether to save call recording in your phone memory or your SDcard. Bad news! This app has ads in it and it’s too bad that it doesn’t have a pro version to remove the app.

Nevertheless, this app is still good at what it does.☺

This app is able to record incoming and outgoing calls and also has a very nice integrated audio player that allows you to play audio of recorded calls.

It cool to also know that this app also has storage support, and also searching and sorting feature. Too bad that moving files to the SD card is not actually supported. If you are looking for a clean lightweight call recorder, then I suggest you give this baby a try.

You’re able to also choose between high-quality Mp3 and Wav format. You can also send your call records to your email.

This is the last app on our list of best call recorder apps for Android.

This app has a lot of recording formats like MP3, Wav Etc. You can also set up password protection to avoid intruders.

It also has a cool feature that lets you share your voice records with your friends too.

There you have it. Our exclusive best Android Apps for recording phone calls. Like it or not, moments will come when you will regret not having an Android call recorder on your device. But hey! You can’t install all the apps listed in this article.

Thanks for reading, I hope you enjoyed reading this article as much I enjoyed writing it for you.

Feel free to use the comment box below for any inquiries or suggestions.

tags: Best Call recorder apps for Android
previous Best Games Like GTA For Android | The Best Of The Best 2021
next The Best Parental Control Apps for 2021 | (Updated)