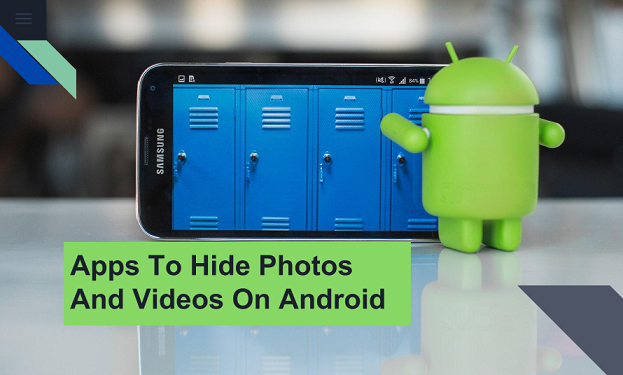 Our personal documents are all packed up in a smartphone that we carry around. 99 out of 100 people will surely have specific private documents that will be best hidden from others.

It’s necessary you keep specific files private because you never know when your phone will fall into the wrong hands.

As an Android smartphone user, you are in luck because there are lots of Android Apps that can enable you to hide photos and videos.

List Of Best Apps To Hide Photos And Videos On Android

If you are a long time android user you should probably know of KeepSafe Photo Vault. It’s one of the best apps you can use to hide photos and videos on your Android phone.

This application provides you with a PIN, pattern, and fingerprint authentication which you could use as a security option.

KeepSafe Photo Vault also has a private cloud space for backup which you can use to store your contents online to avoid loss.

The most amazing thing about this app is that it comes with a ton of advanced security features like fake login interface and break-in attempt alerts too.

Vault is not just a photo hider or a video hider.

But it’s an all-around app that helps to secure not only media files but also your phone’s data like contacts and SMS.

This app is provided with all the features a private focused app should have. You could be able to create multiple vaults, make the icon to disappear from your app drawer, record break-in attempts and so on.

If you get to give vault a try, you’ll be entitled to free cloud storage of limited storage space. My favorite thing about this app is the built-in incognito browser that has been embedded in the app.

With the incognito browser, you’ll be able to browse the internet without leaving information about your location or your self.

It’s also one of the best app use to hide photos and videos on Android.

Well, if you have been looking for an app that could do a whole lot of things other than hiding your photos and videos.

Then the private zone is a must-try for you.

This app is specifically useful for hiding your gallery kinds of stuff like private photos and videos and some other stuff.

It also has a very high level of security for privacy-obsessed persons.

Okay, let’s take a look at the top features of this App ☺;

With over 10+ millions of downloads on the Google Play store.

Gallery vault has been one of the most popular photos and video hider.

Well, this app helps to put your photos, videos and other files you don’t want others to see in a secret vault.

It has a nice user interface that allows you to access all your private content on the homepage of the app.

This app actually has all the vault tools any privacy protection app has Like break-in attempts,  fingerprint authentication, fake login and stealth mode etc.

Lastly, it also has a private browser pre-installed and a video editor too. This App is totally worthy of being on our list of the best apps to hide photos and videos on Android.

Andrognito is one of the most secure privacy protection apps in the Google Play store.

It allows you to hide your photos and videos under a very secure security system called AES which is said to be military-grade.

This app gives you free cloud storage to use backup your hidden contents in case of loss of any kind.

The free version of this app gives you access to a single vault.

But the pro version makes you capable to create more private vaults, access your vaults via the cloud backups on multiple devices.

It has a friendly, nice user interface too.

F-Stop Gallery is one of the best apps to hide photos and videos on Android smartphones and it’s popular in the jungle of Google Play store apps.

It has a nice user interface which makes it easier to organize your photos and videos.

This app has two super features;

It’s able to hide folders that contain your images and videos from your gallery app and it’s also capable of password protecting a single media file without any error.

Hide something is one of the best apps to hide photos and videos on Android,  it has a lot of great features like;

The greatest part of this app is that it has cloud storage and private browser too.

Vault is another nice app you can use to hide photos and videos on Android.

This app captures the face of anyone trying to intrude on your privacy and instantly shows you the picture once you unlock the phone.

You’ll also get the chance to create multiple vaults,  store different types of photo formats and so on.

This app has a Pro version which is not that costly but gives you more features that you’ll love.

Well, this is my favorite when it comes to the best apps to hide photos On Android.

This app has been programmed to provide the most secure vault for its users. It was built with an AES military-grade security system.

It has a very nice user interface which is very friendly.

Also, it has all the abilities and things that a vault is expected to have.

This app Also has a Pro version which is not too expensive.

Okay, let’s look from another perspective, this app is just a photo gallery app that provides you with the functionality of hiding your photos and videos.

It has a very nice user interface that provides you with all your gallery files and asks you to choose which file you want to make private.

This app may not provide you with a lot of add-on features but trust me it’s very good at its work.

But you are also free to create multiple vaults and hide whatever you want from intruders.

We all are concerned about the privacy of our contents. With these apps that I’ve listed, you’ll be able to be on the safe side, relaxing with no fear of intruders getting into your private life.

In case we missed any of your private vaults apps you can let us know by dropping a comment in the comment section and we will include it in this article as soon as possible.

Thanks for stopping by!

[GUIDE] How To Save Telegram Videos In Gallery on Android 2021