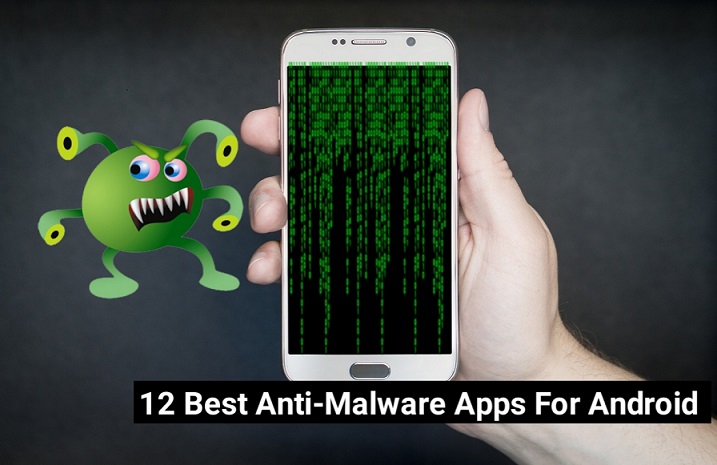 Rather they use it to store vital information, But there are some constant threats like data leaking and crashing of devices which are a very heartbreaking experience.

So, let me ask you, is it safe to store private information on your smartphone?

There are threats called malware, So you are advised to secure your files with a very nice anti-malware app for android for better protection from dangerous threats that could make you lose a lot which can in turn cause heartbreak.

In order to prevent this, I hand-picked some best Antivirus for Android smartphones from Google play store that will help you prevent any malware problem and also give your smartphone real-time protection 24/7.

Without much hesitation, I will be listing some best Antivirus for Android smartphones below, I strongly believe that if you make the right choice amongst them, you will receive very good protection quality.

This Amazing application was developed to protect our smartphones from malware and security problems.

According to some researches, this App has a 5-star rating on the Google play store and has very nice comments too. I also found out that this app has been put under an antivirus test and scored about 99.9% malware detection rate, Which super cool.

Here is another app on the list of best Antivirus for Android smartphones.

This app does not function only as an anti-malware app but it has other functionalities like file scanner, wifi security, call blocking, CPU cooler.

This app has a double engine antivirus for virus detecting and removal of virus threats.

It is able to clean up and provide more storage space on your device by cleaning up junks and caches.

It also has the capability of increasing your charging speed and gives you online real-time protection while you are surfing the web.

I prefer this app because it has too many features and nice ones that some other best anti-malware apps for Android do not have.

A lot of users worldwide make use of this app, which made it have about 100 million downloads on the google play store.

Just a single tap will detect and remove all anti-malware threats on your smartphone. It also has a simple user interface which is also friendly that even a layman can get to use it perfectly.

This app provides complete and real-time protection against all types of malware. It has other features like app lock,  battery saver, photo vault, web shield, and anti-theft.

There are other amazing features that I didn’t include, but trust me, when you use this app, you will never get to complain about any problems.

The premium version of this app helps remove ads and also captures the face of anyone who tried to break into your phone without letting you know.

Bitdefender is a very powerful anti-malware tool and also one of the best Antivirus for Android smartphones.

It a lightweight app and does not consume much space on the ram to function.

You should give the premium a try before concluding on what to rate the app.

Are you in search of a supreme mobile anti-malware app? Here you go.

Avg antivirus is one of the best anti-malware apps for android.

This app offers very nice and impressive security features like; app lock with biometric scanner and pin, locating your phone when stolen or misplaced, keeps tracks of download speed on wifi or cellular connection.

There are a lot of features but I mentioned a few.

This app carries out an intelligent diagnosis, detecting malware and speeding up of our smartphones.

It is also able to clean up junks left by apps while they are being used.

Security master can also improve your battery life and keep your CPU at a very nice temperature by removing background apps that take high memory usage, overheat and drain the battery, optimize phone performance and speed up the phone.

This app also rocks an inbuilt VPN which keeps your identity secured on the web and also a very nice app lock service which is superb.

Norton gives you advanced protection against malware and any kind of security problem.

This app has some impressive features and also been proven to provide a 100% detection rate and also remove any kind of malware or android viruses from your device.

Norton antivirus app is also capable of setting up an alarm that can be used to trace your phone anytime and anywhere. You could also perform some remote activities with this app like locking up your phone remotely and some other cool stuff.

If you would like to know what the premium plan looks like, then give it a try.

This app is packed up with some nice features like; Security scanning, Anti-hacking like I said above Memory booster that helps speed up processes on Android devices. And a very nice VPN service.

Giving this app a try is a nice choice and not a bad one.

This anti-malware app is one of the lesser ones.

It has lots of features as every other anti-malware app will.

Avira antivirus was developed to be lightweight to avoid consuming much space on any smartphone it is installed on. This app supports the scanning of external storage or virus infections and you could also track your device anytime you lose it.

With the premium version of this app, you will be using some other protection features like; camera protection, and additional browsing feature.

All these features are purchase in the app and they are quite cheap.

McAfee Mobile Security & Lock is another app on the list.

This app contains some advanced features that are very nice like; a free virus scanner and cleaner, security lock, and wifi security etc.

It has a very cool and simple interface when launching the app for the first time, you will be shown some tutorial on how to use every feature in the app. According to some UV test, this app has a 99.5 malware detection rate, which is nice.

The premium version does not come with a lot of features but it comes with nice ones.

But if you wish to use the free version you won’t be able to enjoy the prime features.

The last app on our list is an antivirus developed by Eset developers. It is nice and reliable once it comes to being fast and powerful.

It can perform a lot with some free features, to mention but a few, you can use it for malware scanning and get a detailed description on any type of security problem your device is going through.

You can also use this app to locate your phone when necessary, if it is somewhere nearby, you can use the siren feature which is loud depending on your phone’s speaker.

This app has some cool premium feature which I know you will love to try out, they include;

Take your time to test this app and never regret it.

We have finally come to the end of this long article on Antivirus for Android smartphones.

Personally, I think it’s way awesome to use the Kaspersky antivirus on your  Android device.

Thanks for reading! Do you have a personal favorite anti-malware app for android? We’d love to know about it, Kindly use the comment box.