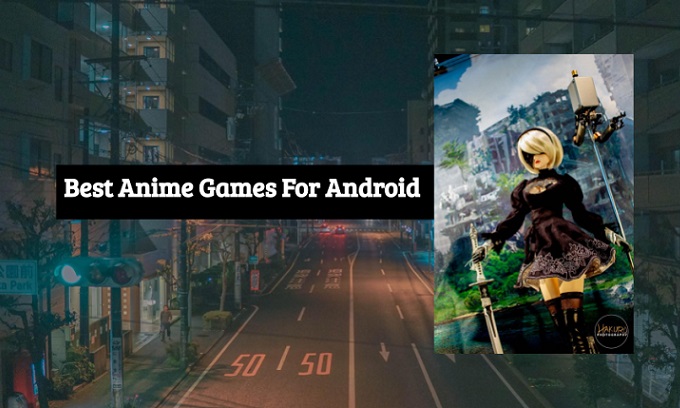 10 Best Anime Games For Android | You Will Love These Ones

10 Best Anime Games For Android | You Will Love These Ones

As breathtaking as anime movies are so are their games. They’re usually in RPG format and has colorful characters. Their story plots are one of a kind and the game graphics are High definition.

If you need something to soothe your nerves and make you forget your worries then anime games are your escape to a fun-filled experience.

Here goes my list of the best anime games for Android.

This is one of the best Anime game on play store with over 10 million players worldwide besides, as a new player you get free 2000 Gems.

Winning in this game depends on how effective your strategy is.

• You get over 150 cards to create various strategies.

• Play 1vs1 or 1vs1vs1 Single Matches for quick games.

This game is RPG styled. Hundreds of Anime Girls are put under your command. Effective tactics are required to win.

You need to focus on formations of your girls and their improvements. There are also unique gears and antiques to help your girl finish legendary battles. You need to be the best at PVP battles to win this game

• Create your girls formation and deploy them. They start fighting automatically without your help

Anime puzzles is in a jigsaw format and requires you to fit each piece together . Once you complete it you can share it with friends and family. The jigsaw puzzles are anime characters and a little familiarity with famous anime characters can help you solve the puzzle faster.

This is a simplistic but fun RPG-fishing game worthy of being on my list of best anime games for Android.

It chronicles the adventures of a Drifting Girl in a world that has been submerged in water.

This game was developed by DAERISOFT. The ocean sound in the app has been confirmed by majority to solve insomnia. Besides, the game is addictive and can be played by both adults and kids.

• Different species of fishes are available

This is a Real-time based PvP Survival Game. It’s interface is subtle and it’s game play is mind blowing

This game does not offer pay to win like other PvP games. It’s a straightforward game with an impressive story plot.

This game is played by 10 people on a desert island. Game time runs into 20 minutes. The Island is divided into 22 areas including Hospital, Forest, Beach etc.. As time passes, they turn into Restricted areas, narrowing the battlefield.

There are over 35 kinds of characters to choose from like, fencer, actor, doctor, police, hacker, cook, student and so on.

There are 7 types of weapon each with it’s own stats. List of weapons available are, Gun, Bow, Hand, Blunt, Blade and so on.

Over a hundred plus ingredients are hidden over the island that can be used to craft over 600 types of weapons, tools and foods. Hunting wild animals also levels you up.

Create your anime character and style to your taste. Then put him onto the scene of your show and earning qualities like “Dateability,” “Popular with Kids,” and so on.

Your studio will need an improvement to further the qualities of your character. You can equip your studio with a library, motion capture room, and even a theater. This game is one of the few anime simulators which is interesting to play with easy navigation.

This is a 3D action packed game. It’s a heavyweight app requiring Internet connection to access the action role-playing game.

It’s one of the few games offering high quality graphics with a captivating story line and features a variety of challenging quests.

Blade and Wings allows you to play between NPC and player.

This game has over 40 million downloads worldwide. It’s as popular as its anime movie. Moreover, the app has the Google “editor’s choice” tag and you get to easily decipher the game play if you’re familiar with the movie version.

• Combine your favorite characters into teams of three.

• Relive the bleach story from the moment Rukia and Ichigo first meet.

Unlike other soccer games, this features extreme game skills. The objective is hard and the football field seems to be enlarged with each stride.

The players all have manga character elements and their playing skills is like an instinct of a samurai. Nevertheless, this game is still fun to play and very addictive. Your end goal is to become the team captain.

There you have it. Nine best anime games for Android worth playing. You surely will get addicted and have the best fun-filled days.