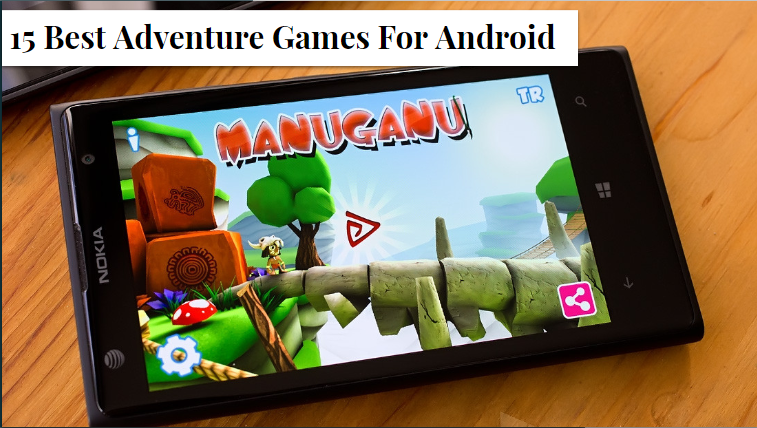 Hello Android users, for all gamers out there looking for thrilling adventure games here are the best picks you would ever find anywhere.

My list of Best Adventure Games For Android is tasked with giving you the best of the best of all adventure games on google play store that are totally free and easy to learn.

There will be links provided below for you to follow right into play store if you find a game that catches your eye and you wish to download them.

Now this game is what I call an adventure game indeed. for all those who are familiar with Rockstar games, you will agree with me that their games are nothing but fantastic. You have the most exciting adventures with CJ. Carl Johnson the main character of this game. The game has a progressive storyline that keeps getting interesting as you advance in the game. You are afforded a lot of features and capabilities in this game like the ability to drive cars, airplanes, jets and unlimited access to various terrain in the city and not to forget the unlimited access to various weapons, big and small.

The graphics are totally cool and gameplay is easy to learn and to play with, which makes it my first game on my list of best adventure games on Android. This game is totally free, but over 1.50GB in installation size.

This adventure game is indeed really better than some other cool games you do play. The game resembles Tomb Raider and contains more fun features and mechanics. In this game, you will experience really amazing fights with bosses. This game comes up at number 2 on my list of best adventure games for android because of its amazing gameplay and decent graphics.

It will totally give you a fun adventure experience. Simple controls, easy to learn and navigate through the blockades.

This particular adventure game will totally give you an adrenaline rush for those looking for a prison-like adventure game. The simple objective of this game is for you to escape from the prison and in order to do that you need to go through some hurdles.

You will be sentenced to life imprisonment as a result of a conspiracy. Now the only way out is to literally escape the prison, no other way. But mind you, the only way you can successfully escape the prison is to co-operate with other prisoners and get along with them because they can help. The Graphics is really good, amazing gameplay and fun adventure time guaranteed.

Modern Combat 5 is totally the best adventure game and also a multiplayer FPS series game, ranking on google play store as the supreme adventure game, with exceptional graphics and stunning gameplay. The storyline in the game is well-coordinated, a lot of missions to scale through and enemies to fight.

The game is 56.04MB installation size on google play store, but you will need to download an additional file to go with the game to enable you to play the game without any problem. This additional file will be downloaded over either WiFi or Mobile Network.

This is a freemium game, very addictive and very ambitious. You literally go out into the real world to catch pokemon. Now the downside of this game requires you to go to various locations to be able to play it, so on your own accord go to certain locations and catch pokemon.

Now some will say this is just corny because you can’t play it anywhere you are. But regardless, its pretty fun to play when eventually you find others with the game and also in those locations to play it. Then you can team up with them to catch pokemon together. Fun right?

This is a totally new adventure game on google play store.

If you are a lover of hiding and seek, you will totally love this game. You will have to find and solve intriguing puzzles, hidden objects, uncover mysteries and reveal clues and in the end, get evidence. Your goals and objectives are to top the leaderboard and by doing that you need to solve as many puzzles and cases as you can. Pretty decent graphics and gameplay.

This game from the creators of neo zone game and house on fire been the developers has fascinating adventurous gameplay, good storyline, and dope graphics.

In this particular version of amazing spiderman despite other versions has a lot of reputable villains like Electro, Green Goblin, Venom, M.r Octopus and the rest.

You as the spiderman will web-sling and web-shoot from buildings and wall climb other buildings in most missions. The game is roughly 640MB installation size, so game away.

This is an RPG fantasy game with really amazing graphics and captivating real-world locations. Grab your sword and become an iron blade hero, forging your destiny as you progress.

Iron Blade offers you an adventure like no other. The game is just 78.98MB in installation size so no cause for worry. Giving you smooth and cool control throughout the game, with pretty decent graphics.

You have up to 100 players parachuting upon an island, 8×8 km long. You are expected to collect all supplies, vehicles, and weapons and defeat all the other players in the tactical battleground.

The game file is really large, over 1GB. So ensure to have a considerable amount of space on your Android device before downloading and installing the game.

Now talking about this game, a zombie shooting adventure packed game, with totally intriguing graphics and breathtaking gameplay. The season one and two of it on google play store is indeed one of the best of all the other adventure games you could ever play on your android device.

Some episodes are downloadable while others are free, and you have different characters to play as. Your main objective in this game is to survive in a world full of the walking dead. Installation size is 1.08GB on google play store.

One of the most thrilling adventurous games on google play store is this game. In this game,e you have the capacity to play with 150 million+ players globally. You are also given the opportunity to drive cars along with various terrains with different weapons and gadgets, playing solo as well.

1.12GB is the installation size of this game, so ensure to have enough space to install the game. The graphics of this game is totally worth the time and data used to download and install it. gameplay is simply amazing.

It has really cool gameplay and breathtaking graphics. The game has both auto and manual mode so if you’re playing an auto-mode feature then you can find that setting at the options tab. But you can also easily switch to manual -mode if you wish.

The game has a really open ocean experience, perfect for Android users with a 5.5- inch display to 5.9-inch screen display. The objective of the game is to simply battle against rivals, invest in ports, make the profit and find hidden treasures in the ocean.

The game is free and very cheap and small on installation size. The game features high-level acrobatics and destructive weapons at your disposal. This game is an extreme platform game with separate RPG elements. This is by far, one of the best offline games that you can find out there.

Now finally on this game, you have the ability to customize your costume, upgrade the Ninja Arashi character, play 45 different levels on 3 various maps and work your way to the top of becoming a master Ninja.

You have various awesome characters to choose from in this game, with different destructive weapons. The graphics of this game is totally mind-blowing, really amazing. You will totally fall in love with this offline adventure game. It’s uniquely outstanding. Fight against really tough zombies, kill them all and move to the next level, keep killing till you get to the boss level then you have yourself some real challenge. Unkilled Zombie Shooter is totally worth it.

In the end, we all want a little adventure in our lives, so you get to experience a taste of it through high-quality graphic adventure games, either on your pc, iPhones or Android devices.

I hope my list will be enough to satisfy your hunger for adventure. Thank you for stopping by, I really appreciate that and I want to say most of the games if not all are totally free, just a few in-app purchases and a few paid features here and there.

But the adventure games I have brought to you are totally worth it. Once again, thanks, keep checking for other amazing Android games.